Using backwards sounds in music, a good cheap fun way of making drug addicts think you're a visionary. No matter how many times it's done I still think it's *amazin'*

The one that's in my mind is Don't Stop my the Stone Roses, it being Waterfall reversed with a few overdubs and vocals... I know they did about four of these, initally I believe, as a way of getting cheap trippy b-sides... Most of them sound better then the actual songs IMHO

Firey Furnaces are big fans of this too, Matt Friedbergers solo album Holy School Language School has loads of it going on too, in some sort of pretending it's a foriegn language sort of way

Any other notable suggestions?

I loved Deborarobed by Tyrannosaurus Rex because it's done in such a primitive way.

First half of the song, now the first half backwards. That is all.

I is John said:
I loved Deborarobed by Tyrannosaurus Rex because it's done in such a primitive way.

First half of the song, now the first half backwards. That is all.
Click to expand...

I think I could only ever find the dull forwards version

I is John said:
I loved Deborarobed by Tyrannosaurus Rex because it's done in such a primitive way.

First half of the song, now the first half backwards. That is all.
Click to expand...

is boards of canada to obvious a choice, or is this an 'indie' thread?? 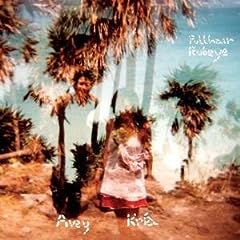 Reverse speech claims that during spoken languageproduction, human speakers subconsciously produce hidden messages that give insight into their inner thoughts.

what album is that Ruan?

all music is welcome, but I'm think more full on reversing of entire arrangements then weird little loops and stuff

thought it's all good dudes! Bring it on!

Anyone for the guitar solo in What's The Fequency Kenneth?

they released the whole album backwards so you had to flip reverse it in audacity to hear the real thing. knobs.

i drink your milkshake


it ends up sounding like a real Dub accent

Oh Yeah by Can has some backwards things going on in it. 1st half ot that track is like being sucked into a acidy vortex, 'mazin

100 Mile High City by Ocean Colour Scene has that backwards solo/drums/etc. at the end

has anyone mentioned hendrix yet?
W

I am releasing an album backwards.

Firstly, here is your receipt.
Second, that will be a tenner please.

The end of Dreams of Children by The Jam is all backwards-y and cool.
T

possibly the least-hippyish backwards music ever, too
New posts