classic match. a few cracking goals in there.
N

by no means am I mentioning every player who had a major career who passes away but these two lads deserve a mention: 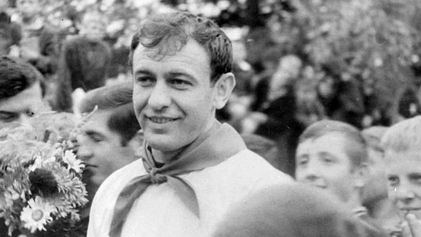 Juan Carlos Cardenas (1945 - 30 March 2022)
Argentine international who won League with Racing in 1966 and Copa Libertadores and Intercontinental Cup (World Club Championship) in 1967 where he scored the winning goal in Montevideo after an infamous bad tempered series of matches against Celtic. 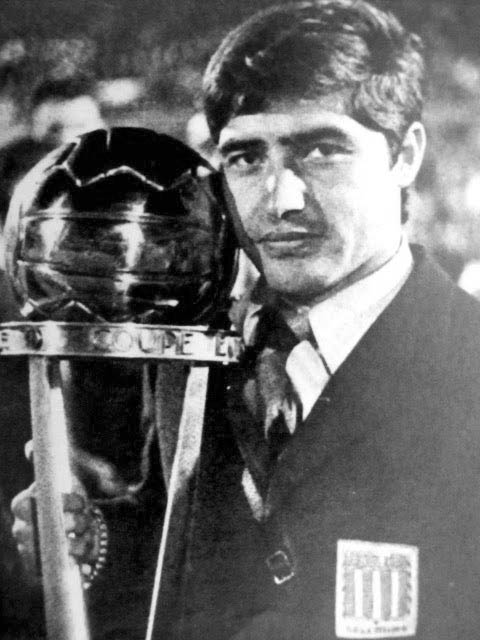 en.wikipedia.org
In 2019 the family of the late Tommy Gemmell kindly returned Cardenas' jersey to him

Argentine legend Juan Carlos Cardenas has thanked the family of late Celtic icon Tommy Gemmell after they helped return the treasured shirt he wore in one of the Hoops' most notorious games in their history.

Richie said:
Planning to mostly ignore the Qatar tournament because of all the horrible bullshit around it but I'm still fascinated to see the group draw tomorrow..
Click to expand...

I'm planning on developing a month long interest in the WSL next winter, possibly for longer than that depending on how I get on with it.
N

Unicron said:
I'm planning on developing a month long interest in the WSL next winter, possibly for longer than that depending on how I get on with it.
Click to expand...

I doubt I won't watch it in Qatar, even despite many building labourers deaths (among other things).

I've given up watching football for far less in the past - I wasn't happy with the start of the Premier League and lost interest as the first season progressed, which lasted for a few years.

Leonel Sanchez (1936 - 2 March 2022)
Chilean great who was voted 3rd best player at the World Cup, where he scored four goals in Chile's run to the semi finals. Sanchez won 85 caps scoring 24 goals.
Sanchez played most of his career at Unversidad de Chile where he won six championships. 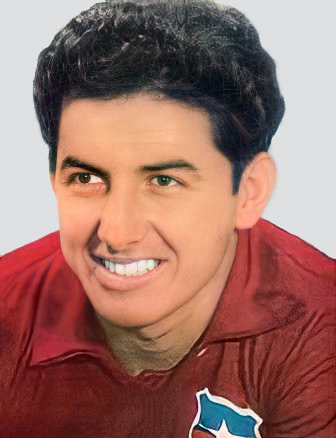 The Battle of Santiago: Chilean 2-0 Italy 1962 World Cup
Some Italian journalists visted Chile before the tournament and reported the place very disparagingly.
The Italian team were public enemy numero uno when they arrived for their group match with the hosts.
David Coleman does the famous intro. Watch out for Leonel Sanchez #11 punching David and David's brutal response. 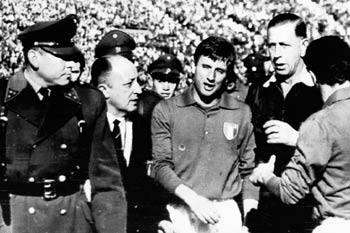 Joaquim Carvalho (1937 - 5 April 2022)
Sporting Lisbon goalkeeper who won three league championships and the 1964 Cup Winners Cup.
He was capped 6 times including playing in Portugal's opening match of the 1966 World Cup.

Gerd Zimmermann (1949 - 6 April 2022)
A goal scoring defender with a great shot, especially from long distance. The biggest match of Zimmermann's career ended in bitterest of disappointment.

Zimmermann started with his local club 'Gladbach but after only 8 Bundesliga matches with the 1970 Bundesliga Champs left for Fortuna Koln before finding success with Fortuna Dusseldorf from 1974-80.

As Dusseldorf's music scene* flourished. Fortuna in a 1971-87 spell in the Bundesliga also shone as the city's scene was central to German punk and its offshots.

After losing the 1978 DFB Cup Final to arch rivals FC Koln, 1979 was the club's big year:
Dusseldorf beat Hertha to win the domestic cup but Zimmermann missed that Final on June 23...

Dusseldorf played Barcelona in the 1979 Cup Winner's Cup Final and after four first half goals it was still 2-2 with about 75 minutes gone.
Zimmermann (#4) dribbled the ball towards the Barca area, after dodging a couple of tackles he was fouled and collapsed in a heap and didn't get up.
What happened next was sickening: the match countinued and eventually help was called on for the stricken Zimmermann. After a few minutes attention he got up and hobbled around and was encouraged to keep playing. But a couple of minutes later Gerd attempted a tackle on the edge of his own box, collapsed again and now in agony he had to be subbed. He had suffered a cruciate injury.
(see the above from 1:27:22 onwards here)

Zimmermann wasn't the same player afterwards and left the following year after not playing in the 1980 DFB Final revenge win over a brilliant Koln team.
He scored 40 goals in 166 in Bundesliga matches for Dusseldorf and 44 in 203 Bundesliga games in total.
Zimmermann then played in the NASL and later returned to Germany with Solingen and Fortuna Koln to end his career in 1983 (yet again Zimmerman missed the 1983 Koln DFB Final derby defeat to FC Koln). 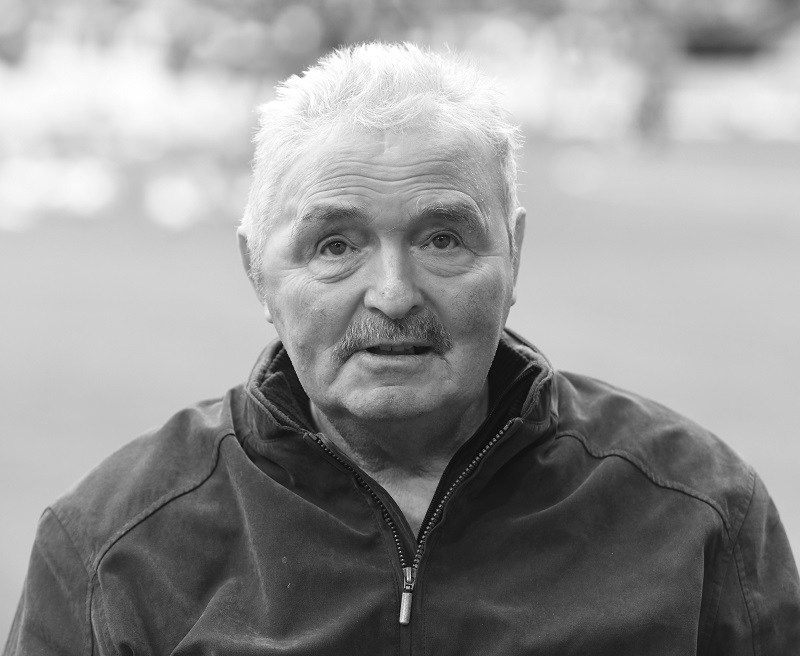 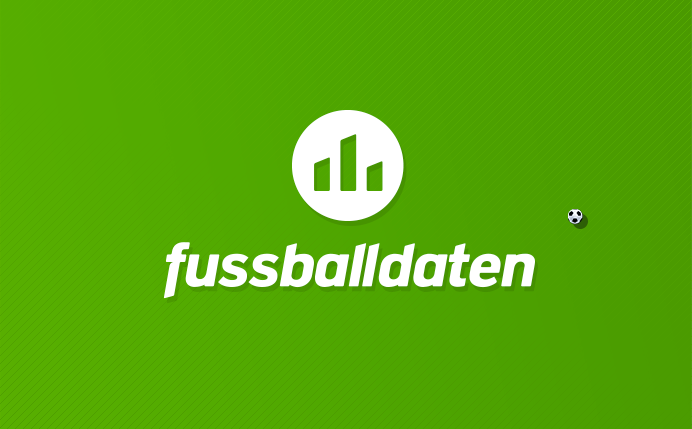 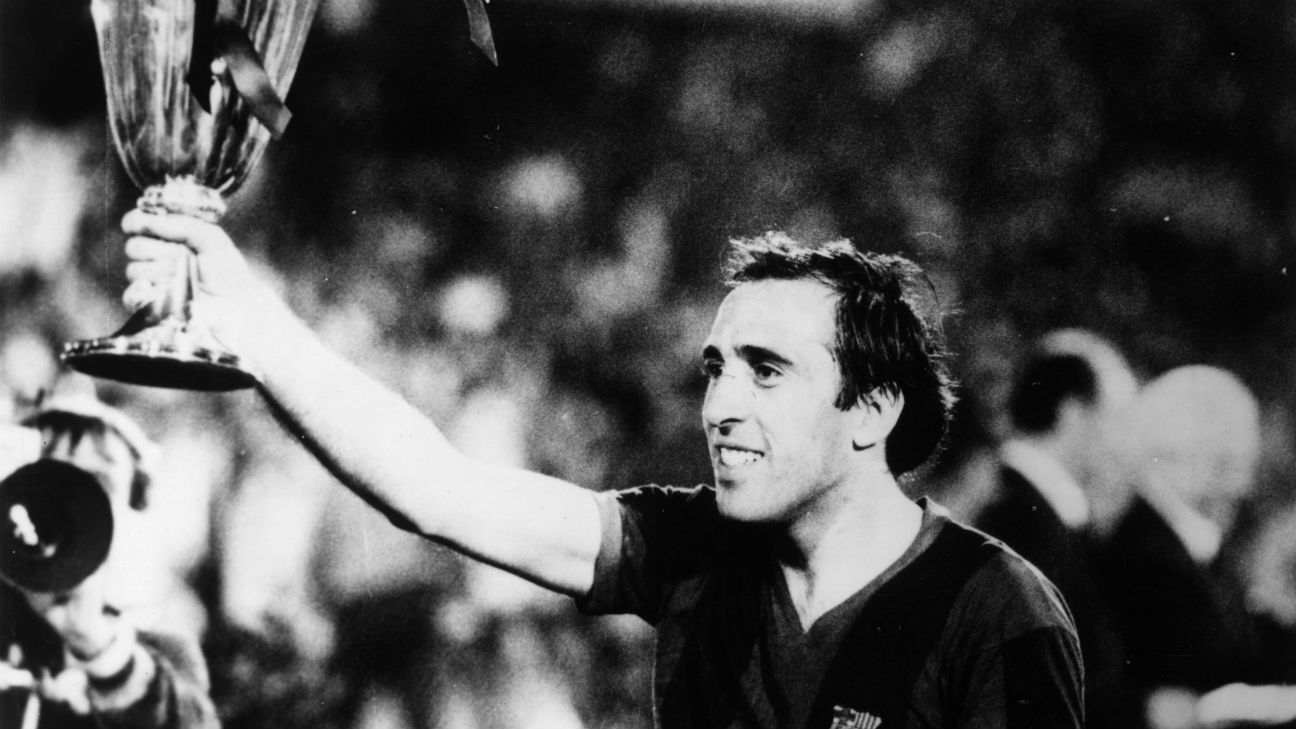 Fortuna Koln 7-1 Bayern (1979)
Bayern's defence was dire, they missed a string of easy chances and Dusseldorf punished them severely.

Emiliano Mascetti (1943 - 7 April 2022)
Verona legend who also played for Torino and had long spells as sporting director at Verona (inc. during 1985 Serie A triumph), Roma, Atalanta and also worked with Sampdoria. 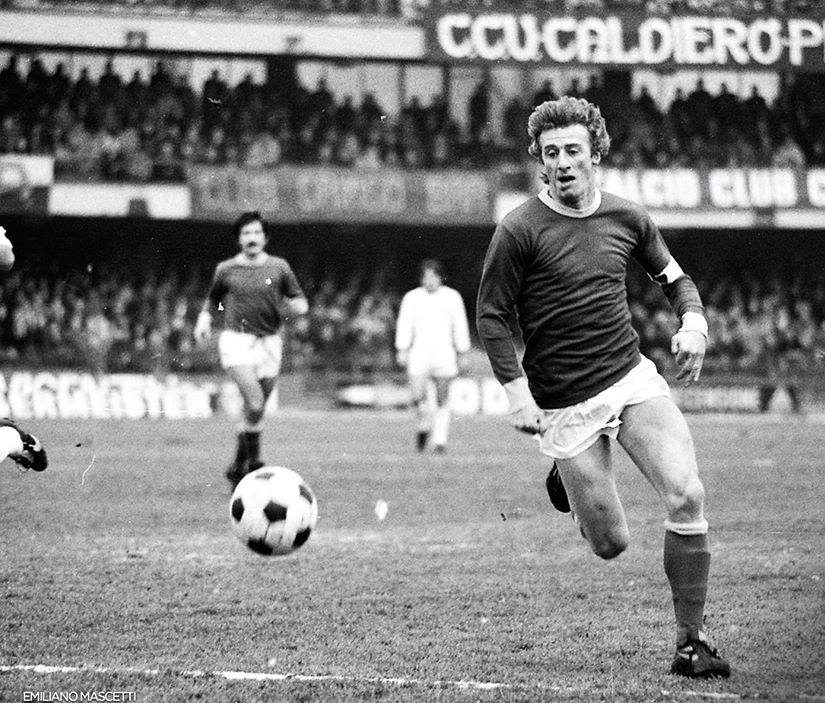 Emiliano Mascetti died at the age of 79, due to an illness. He made the history of Verona, as a player and as sports manager.

Wolfgang Fahrian (1941 - 13 April 2022)
West Germany goalkeeper who played in all four of their matches at the 1962 World Cup. Fahrian won 10 caps but his career faded in the early Bundesliga era.

Wolfgang Fahrian is dead! He was a regular goalkeeper in the FIFA World Cup - Behous

German football mourns the loss of a former goalkeeper.

Joachim Streich (1951 - 16 April 2022)
Streich was East Germany's greatest goalscorer and most capped player. He scored over 50 goals the DDR national team and was known as the 'Gerd Muller of the East'.
He played in the 1974 World Cup scoring 2 goals as the DDR reached the last 8 second phase, even beating West Germany the only time they ever played. Strangely this was the only FIFA tournament the DDR ever qualified for.
Despite his goals Streich only won three Cups with FC Magdeburg whom he joined after their 1974 Cup Winner's Cup victory.
Hans Jurgen Dorner (also b. 1951) who was the DDR's second most capped player died in January. 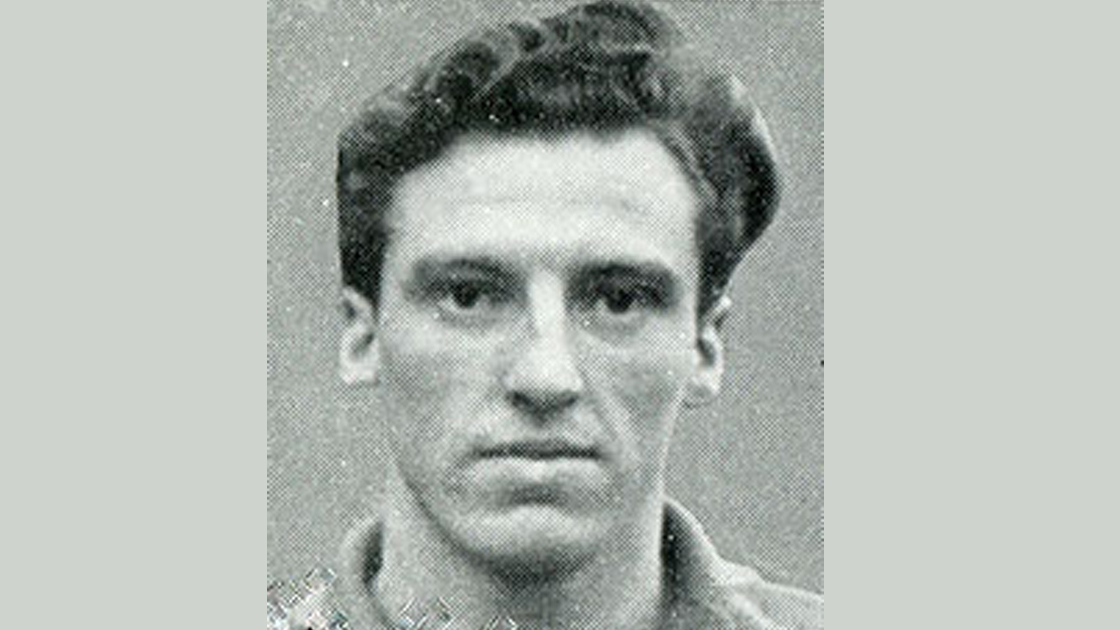 In 2009 Jonathan Wilson met a frail Osim in Sarajevo but he still had much to say: 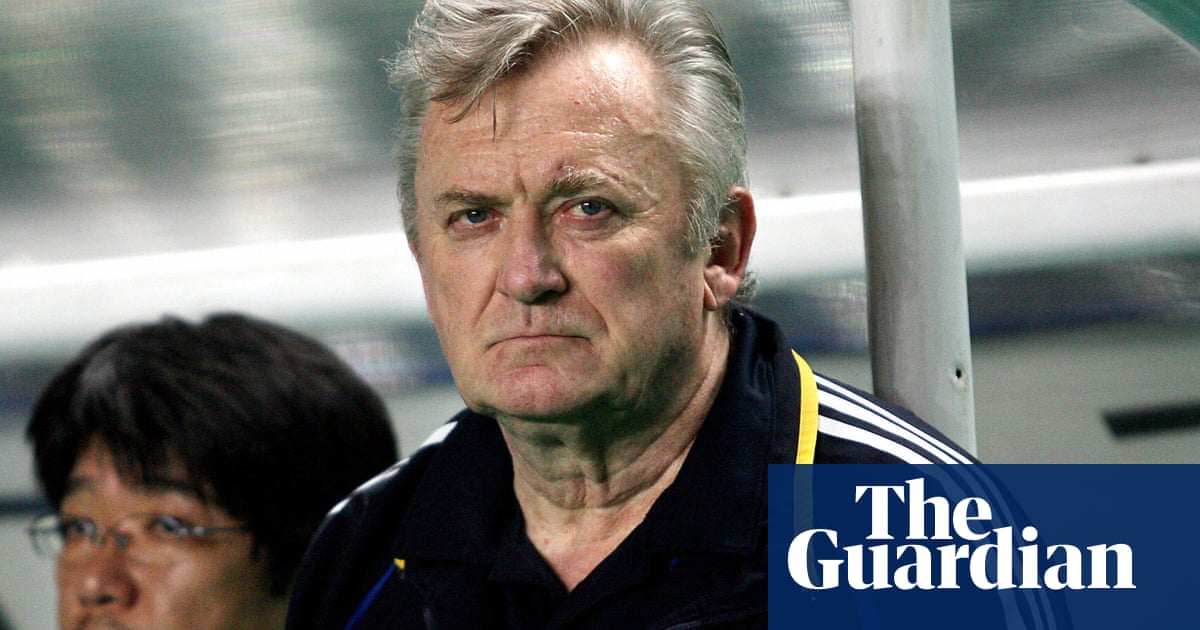 UEFA.com is the official site of UEFA, the Union of European Football Associations, and the governing body of football in Europe. UEFA works to promote, protect and develop European football across its 55 member associations and organises some of the world’s most famous football competitions...
www.uefa.com
Former Japan manager Ivica Osim dies at 80 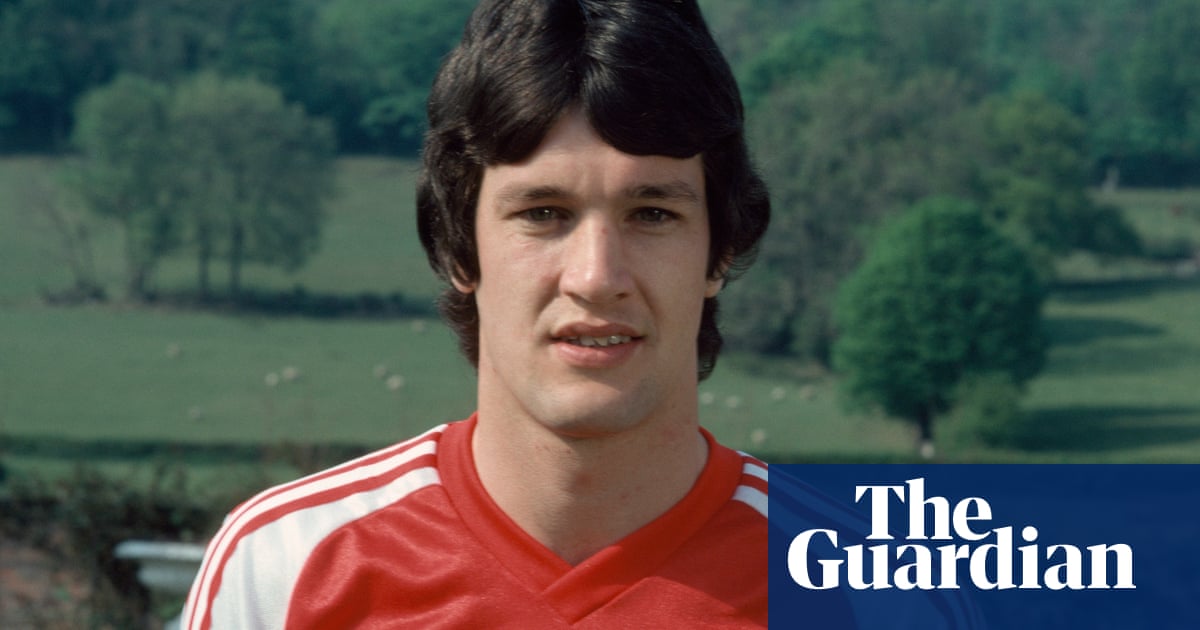 The Wales defender died in 2020, aged 64, after playing more than 200 games, with his family now campaigning for a better understanding of dementia among players

Steve 'The Man With Maradona's Shirt' Hodge has sold Maradona's jersey at Sotheby's for £7,142,000 today.

Real Madrid v Man City is fuckin quality here. 2 goals on aggregate down on 90 minutes, Real just scored 2 in injury time to send the match to extra time. I never thought I'd let out a fuckin massive YAAAAAAAA for Real Madrid, but there it is, because FUCK MAN CITY FOREVER. Hope Franco's minions can hold on and get the win here!!

Cormcolash said:
Real Madrid v Man City is fuckin quality here. 2 goals on aggregate down on 90 minutes, Real just scored 2 in injury time to send the match to extra time. I never thought I'd let out a fuckin massive YAAAAAAAA for Real Madrid, but there it is, because FUCK MAN CITY FOREVER. Hope Franco's minions can hold on and get the win here!!
Click to expand...

It is mental gear

all time great tie alright. City threw it away and should have won the first leg about 8-3.
the ref let a lot go last night and there was serious time wasting that should have seen 5 minutes added at the end of ET. as it was the ref didn't even play the allotted 3 minutes.

Now I hate Real Madrid more than any other club by a long way.
however dislikeable Man City are now, a huge section of their support remembers losing to Mansfield in Division 2 and are in the 'City 'til I die' brigade regardless of what happens on the pitch.

after the match Real players were wearing jerseys with 14 on the back. there is no other club in the world with that type of arrogance.
I always want Real to lose - unless it's going to help Bilbao or Rayo Vallecano or someone win the league.
if PSG, Man Utd, Lazio, Juve or even Chelsea or Rangers were playing Real, I'd be happy if Real got beat -
they're a total shower of wankers - especially the fans.
all those other clubs I mentioned suffered in living memory - Real haven't. they wave their hankys if they don't win the league. their sense of entitlement is unrivaled.

Real have well over a billion in debts and they have let this happen before: in 2001 they sold their training ground to the local authority for 278 million who promptly had it leased back to them.
this isn't a fair playing field. even Liverpool or Bayern are a tight ship financially and they have to be. 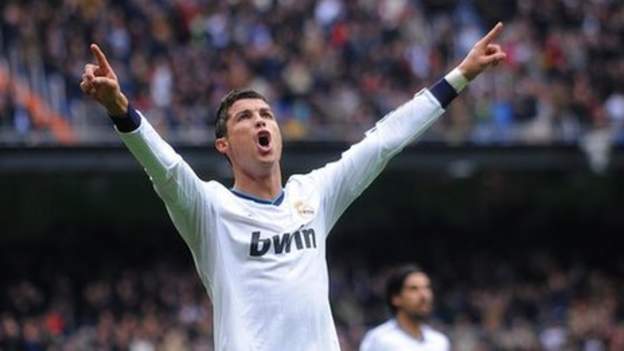 Football's state aid in the spotlight 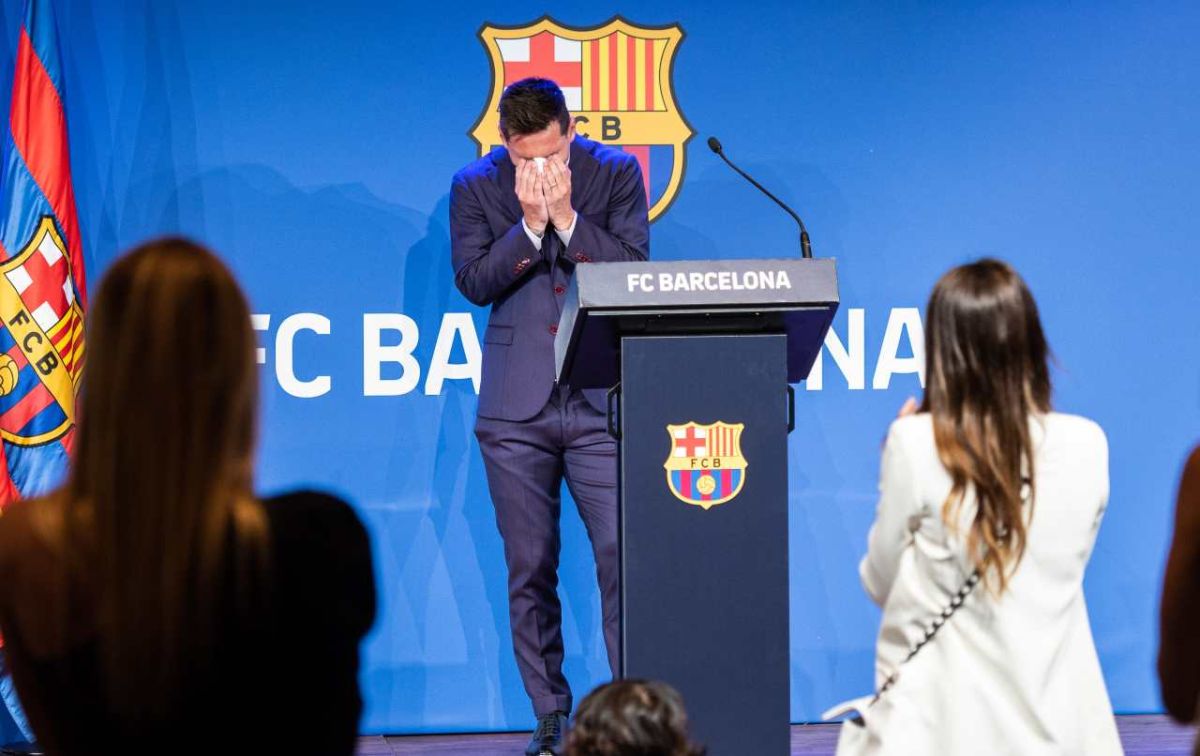 What happened to Barcelona and Real Madrid? How they lost Messi and Ronaldo – and slipped from the world's summit

Barcelona play Europa League football tonight for the first time in over a decade, as both they and rivals Real Madrid are finally having to contend with years of overspending. This is how Spanish football started to struggle

as I said if any English team were playing Real in the final I'd want 'em to win.
if someone supports Real v Liverpool, they must enjoy watching football for completely different reasons than I do.

as far as the rest of the season goes:
Real can now take it easy until the CL Final. La Liga wasn't very good this season.

City psychologically must be shattered and had to play 120 minutes into the bargain plus Kyle Walker got injured again. but they don't have any particularly hard matches left.

Liverpool chances of winning the PL have gone up slightly but surely playing City in the CL Final would have been far easier than Real who can nearly go on holiday for a few days.
Liverpool have a hell of a lot their plate for the next few weeks.

I hate Real, but I'd rather see them win than PSG, Man City, or Chelski, and this season they've beat all three, hahahaha. You can talk about the level playing field, but all 3 of those clubs have far more money to spend than Real have, so fuck em!

I don't care much but i'd like to see liverpool win everything, just because it's possible.