Fractured creator John Mulvaney says:
For the third film in the series, I spent some time with Darragh O’Leary – proprietor of Invictus Productions, Ireland’s longest running metal label. Invictus started in 1999, and has grown from its humble tape-trading days to the respected business it is today. Not only has Darragh signed some of Ireland’s finest metal talent – including ZOM and Malthusian – but he has released albums from some huge names in the extreme scene, such as Portal and Negative Plane.
For this film, I spent time with Darragh in the Invictus office, and at two separate shows he put on. The intentions were to show the community he’s involved in, and the energy that goes into the back stage aspects. Bands included in the film are Portal, Malthusian, Negative Plane and Impetuous Ritual. 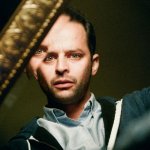 Previous
Nick Kroll – I Still Have That Itch 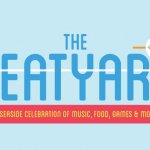