Cave Ghosts, Twinkranes and Turning Down Sex are the first three bands to be announced for the Community of Independents Season 4 launch gig in The Button Factory on August 24th.

Community of Independents is set to return this autumn for its fourth season of music reporting, interviews, performances, gig guides and more. Over 18 episodes (not to mention the acclaimeddocumentary A Joyful Slog), the show has established itself as a fun and integral part of the Irish music scene since it began two years ago.
Community Of Independents has covered a vast range of independent music in its short lifespan with studio performances by Villagers and Katie Kim, chats with record shops Into the Void and All City, a short report from the last ever Richter Collective gig as well as reports on many more music makers, tour managers, visual artists, music historians, documentary makers and much much more.
We’re excited to announce that we shall be running a gig on Saturday August 24th at 8pm in the Button Factory for the launch of season four with six acts playing. As ever, each act playing this gig will be featured in each of the six episodes in season four. “The good news is that this will also be an all night COI summer party with six amazing acts and a few suprises planned, all for free!” said Barry Lennon, producer Of Community Of Independents
The first three acts we are proud to announce for the gig are experimental pysch duo “Twinkranes” who recently released a split seven inch with Ghost Estates for record store day. Their live shows are not to be missed. Second to be announced is mutant debs experimental trio “Turning Down Sex”, with sunny indie rocksters “Cave Ghosts” also playing . We will be annoucning the next three
acts over the coming weeks.

You can find Community Of Independents broadcasting on DCTV on UPC Channel 802, and online on DCTV’s channel on aertv.ie. You can also catch up with the prevous seasons on their Youtube or Vimeo channels. 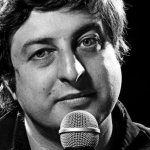