Community Of Independents returns to DCTV next Thursday for its fourth season.

COI have sent on a sneak preview clip of an interview with & performance by Giveamanakick recorded at the Out On A Limb 10th Anniversary gig.

The show returns next Thursday, October 24th, for a six week run. It’ll feature bands like Turning Down Sex, Hands Up Who Wants To Die and Cave Ghosts, plus interviews with Young Hearts Run Free, Working Class Records, features on Out On A Limb‘s ten year anniversary, Granby Park plus videos and special guests. 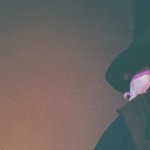