Zombie Computer‘s debut album ‘Indian Summer’ is out this Friday on Psychonavigation Records. The band have lined up not one but three launch gigs in Galway, Cork and Dublin this weekend.

Psychonavigation Records present the debut album from Zombie Computer. Hailing from Co. Cork the trio came together in June 2010 to form ZOMBIE COMPUTER. The band quickly gathered a cult following on the strength of their no holds barred live performances. Due to the buzz surrounding the band they were offered a slot at the “INDIEPENDENCE Music & Arts Festival” on the prestigious “Cyprus Avenue” stage. Following on from this momentum the band quickly began work on their debut album “Indian Summer”.

Already they have collaborated with former Motown Records Songwriter Leon Ware who has worked & written for musical greats such as Michael Jackson, Marvin Gaye & Quincy Jones to name but a few. Ware is featured on the title track “Indian Summer” with a beautifully written and performed spoken word piece which is complemented by ZOMBIE COMPUTER’s melodic & rhythmic sensibilties.”Indian Summer” is the embodiement of a ceremonial juxtaposition of Dance & Indie guitar music with a D.I.Y Punk ethos.

The band have been receiving extensive airplay from Dan Hegarty (2FM), Michael Carr (Cork’s 96FM), Stevie G (RedFM) and Cathal Funge (Phantom FM) of their early edition album sampler. Jim Carroll of The Irish Times featured Zombie Computer as an “Essential New Music Act” on his “On the Record” blog, which was also published in “The Ticket” – a free supplement in the Irish Times newspaper every Friday.

In January 2011 Zombie Computer were pleased to discover they had been nominated for a “Digital Socket Award” in the “Best Newcomer” category.

In the coming months Psychonavigation Records will present a new project called “THIS COVER” in which Zombie Computer will cover a host of their favourite songs with their own unique sound. This will be available for free download in the run up to the album release.

Previous
Zombie Computer – Get Over You 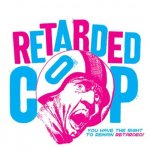