As has been told, windings story started in 2005, when Steve released the self-titled debut album on Out On A Limb Records to a multitude of positive reviews from music media and fans alike, and invitations to perform at many festivals including Electric Picnic. Three years later, long time collaborator and friend Liam Marley became a fully fledged member of the band, bringing his dynamic multi-instrumentalism and song-writing skills to the table. Liam’s influence was instantaneous and the windings sound began to evolve, just as Steve had hoped it would. 2009 saw the arrival and inception of a further winder- Aaron Mulhall on drums, thus cementing the windings Power Trio!

This “Power Trio” hit the studio to record what was to become the second album, “It’s Never Night” (released August 2010 on Out On A Limb Records) with Tommy McLaughlin (Cathy Davey/Villagers). On completion, it was decided that further members would be needed to augment the windings live band. Enter Mssrs Mike Gavin (Bass/ Organ) and Patrick O Brien (guitar, organ, vocals, Glockenspiel, Small Noises, kitchen sinks…)

This new bigger, brighter, bolder, and boulder windings set off around the country to tour the album and it’s singles “Brain Fluid” and “Old Like J” throughout 2010. Their relentless touring took them to New York for the CMJ Music Festival where they played the famous Bowery Club as part of the Music from Ireland showcase in October 2010, garnering some very positive reviews from the likes of New York’s famous “The Big Takeover” Music Mag. Windings were also invited to perform a few shows at Canadian Music Fest this March in Toronto. The shows were a great success, and may see windings return to Canada for more in the very near future! Also in Toronto, windings met the great J Mascis, and finally got to hand him a copy of the “Old Like J” 7″ Split Single. He was highly amused.

Not ones to rest on their laurels, windings hit the studio once more before they left for Canada, this time with Owen Lewis in their hometown of Limerick. On their return they swiftly and diligently mixed and mastered their work, and the result is new single “Embury Greenway”, the first recorded windings song to feature all 5 members of the band! The song is inspired by an old, strange dream of Steve’s, and is named after his two favourite members of the Death Metal Band “Napalm Death”. But in spite all this, “Embury Greenway” is a slab of irresistible Pure Sunshine Pop that might just stick nicely in the heads of those who hear it! 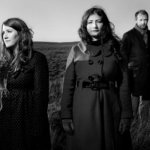