In their own words:

“Only time can heal what reason cannot” – Seneca

Tuath‘s latest EP is largely written as an emotional response to loss, The first track Stoically, I Ran Through The Rubble had started off as a song about the mundanity of life steeped in the dark side of a misunderstanding of stoicism wherein, at the time of writing, everything good or bad was met with numbness in lead singer Robert Mulherns life due to thick depression. The song was not lyrically complete until the death of his close friend, a time at which he was awoken smack bang out of this mundane process. The lyrics go on at the end to describe this, only in Irish in honor of his friend with whom he conversed through Gaeilge, in an emotional outpour.

Second track Seacht Seachtaine deals with the loss of Roberts other friend who killed himself in 2016 in Galway, and the events in the seven weeks between hearing he was dead and the coast guard having found the body. This song is written as a narrative os gaeilge in a sean nos style but with a heavy NIN influence littered with reverb and delay.

Third track Things I Don’t Know came about as a jam between aengus on synth, kev on bass and rob singing and playing drums. The addition of the Carl Sagan speech is a response to Roberts experience at the service for his friends recent passing, where he questioned his atheist beliefs for a quick second in the hopes that maybe there actually is an afterlife. The Sagan sample is there to symbolise that emotional responses to things no matter how big or small are corrupted by the flaws of the human mind and its wilfull ignorance.

Superhighway to Ignorance is named so as the internet often leads us towards satisfying information that may comfort us but may not be true, something that often happens in situations when people are dying. The lyrics are obscured because they were taken from “Break on through” by The Doors as a swift nod to their friends passing. 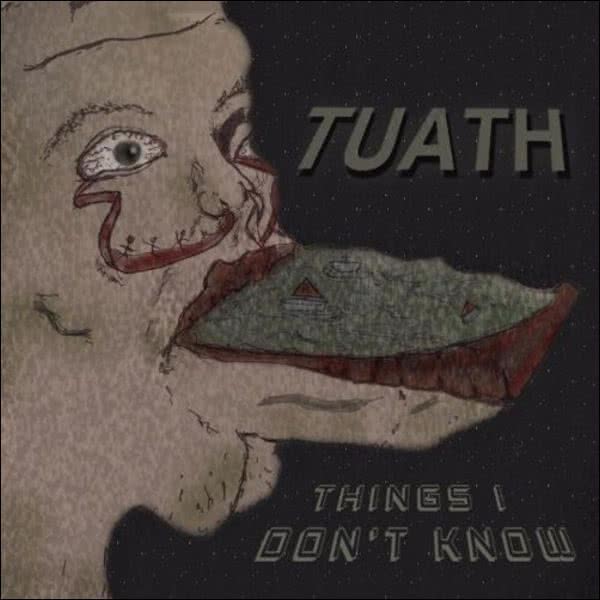 Things I Don’t Know will be available to purchase from Tuath’s Bandcamp page from Saturday.