Out On A Limb Records have announced a 10 year anniversary reissue of Limerick band Tooth‘s That Corporate Emotion LP will be released on December 26th.

The band will be reuniting for one night only for an album (re)launch in Dolan’s Warehouse that night.

In late October, it was announced that seminal Limerick outfit Tooth were to reunite for one night only to coincide with the 10 Year Anniversary of the release of their acclaimed 2001 CD That Corporate Emotion.

Since Tooth disbanded in 2002, copies of the album have become something of a rarity. So, to celebrate their return, Out On A Limb Records are delighted to announce that we will be releasing a newly mastered and limited edition 12″ Vinyl of That Corporate Emotion LP. Each of the 250 copies will be individually hand-numbered and will come with a unique download code. Copies will be available at Tooth’s reunion show at Dolan’s Warehouse on St. Stephen’s Night for €10 and also via the OOAL webstore. 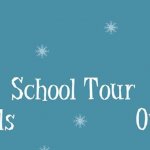 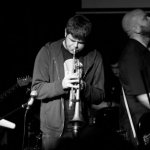