The Bridges Of Madison County – The Divil Wears Prada

The Bridges Of Madison County have released their debut EP The Divil Wears Prada.

The EP is streamable right now (obviously) but will be downloadable as if by magic at some point on Friday.

There once was a wizard. Yes, there once was a wizard. And the wizard kept a horrible secret. A secret so horrible that all who heard it had their brains turn into sand, except for the wizard of course. Burdened by guilt he retreated into the forest to escape the pain his secret had caused. Under the haunting sun his skin withered away into dust and the hard drive on his laptop was corrupted by evil forest vibes. His mind became a sort of toilet or something. He used to complain about the price of broadband all the time in the forest as well actually. Apparently the crows in the forest hated him, and they used to steal his usb memory sticks and delete all the precious documents that were on them. Then, I dunno, the wizard realised the errors of his ways and decided to return to the village but he couldn’t remember his way home and he died. They say his ghost still haunts the forest, but “they” are liars.

* HINT – The wizard in the story is not a metaphor 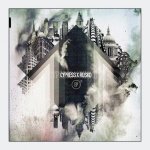