Released just in time for the March For Choice, Shrug Life‘s new single Your Body is ‘a song about bodily autonomy, or the lack thereof’

Shrug Life today release their latest single ‘Your Body’, being made available for free in advance of Ireland’s fifth March for Choice. A song that very much looks at the personal impact of national politics, the trio are joined on guest vocals by Maire Carr, stating plainly that for women in modern Ireland “your body is not your body, it’s the property of church and state”.

Shrug Life singer Danny Carroll explains “I wanted to put it as simply as possible. There’s an archaic restriction upon the people we love and the song is just our personal response. In this small way, if we can show some solidarity and reduce a bit of stigma I’ll be happy”.

Danny Carroll wrote the lyrics and did the man voice. Maire Carr did the woman voice. Keith Broni plucked the bass bits and Josh Donnelly hit the drum bits. Danny was on the guitar, except for that Dick Dale line on the first verse, that was Fiachra McCarthy.

‘Your Body’ was produced by Fiachra McCarthy, who’s also available for all your graphic design needs, but in this particular case the artwork is from the pen of Naoise Dolan.

You can see Shrug Life on tour next week with Chicago bands Dowsing and Ratboys – they’re playing: 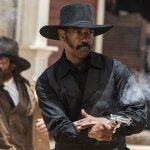 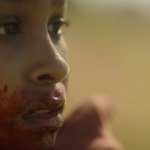 Next
The Girl with All the Gifts