Spilt Milk was actually released on Volar Records over in the United States of Trumpton late last year, but this is the proper launch gig, where Lie Ins and No Monster Club will be on hand to provide emotional and audible support.

Formed in 2012, the trio of songwriter Niall Murphy (Guitars, Vocals) Eanna MacDonnchadha (bass) and Simon McDonagh (drums/vocals) came together to form Oh Boland over the course of numerous drunken pub crawls in their hometown. The band eventually recorded a couple of EPs with Brian Kelly of So Cow, and began venturing out into Galway city, leading to involvement with Dublin-based collective Popical Island and the release of the Delphi split LP with fellow indie-poppers Me and My Dog.

The Delphi recordings brought them together with producer Mark Chester (Ginnels/No Monster Club), a relationship which continued into the recording of this first full-length, Spilt Milk. The record was made over the course of two days over Halloween weekend 2014 in a cottage in Carraroe. Most of the tracks were written in the town of Tuam while Murphy worked slow day shifts in a bar populated by agrarian tragedies, gambling addicts and mislaid bachelors. Boredom-fuelled pop melodies driven by a love of girl group; country music and 70s power pop, enshrouded in the drunken slop of the Irish barroom rock n roll band and the unbridled motion of punk. 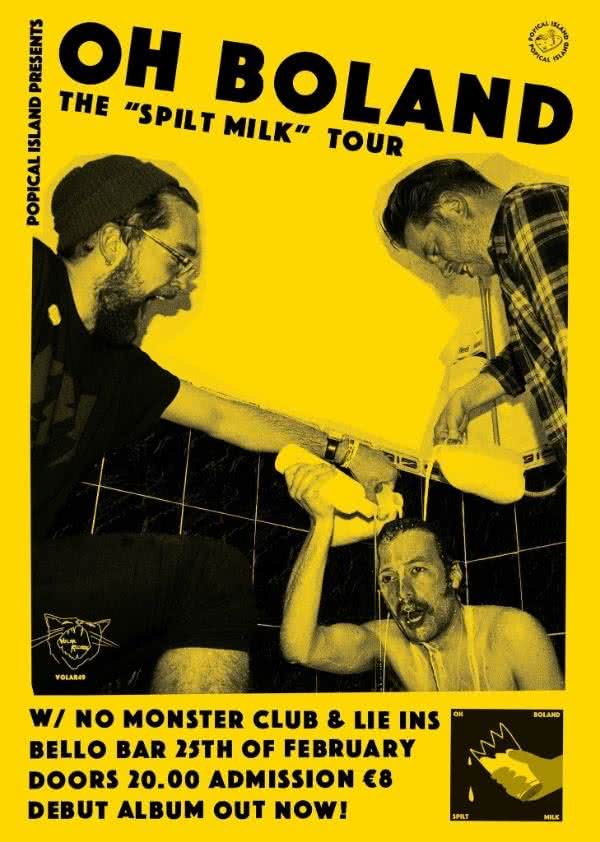 Next
Myles Manley – Relax; Enjoy your night upon the town!