Thru is available from Fallow Media now on C40 cassette tape with heavy card stock inlay. It’s limited to 50 copies, each individually dubbed and hand-numbered.

Thru is the energetic and unpredictable new tape from Australian musician, Michael Terren.
Thru is a three-part album exploring Terren’s interest in digital music processes. Thru is not, however, a dry experiment in digital methods – it seeks to probe the subtle auditory cues that emerge from creating and combining sounds ‘in the box’. The results are sharp, clear, and powerful.

At a time when the benefits of analogue tools are constantly extolled, Thru asks us to consider the role of software in music today – what avenues are still unexplored? What kind of communication is encouraged within this environment? Thru tests the limits of its origins in a way that feels both new and timely.

Michael Terren is an electronic musician from Perth. He is a PhD candidate at the Western Australian Academy of Performing Arts, where he also teaches. Terren has been artist-in-residence at Listhús í Fjallabyggð in Iceland, Bogong Centre for Sound Culture in Victoria, and currently attends Mills College as a Schenberg Fellow. 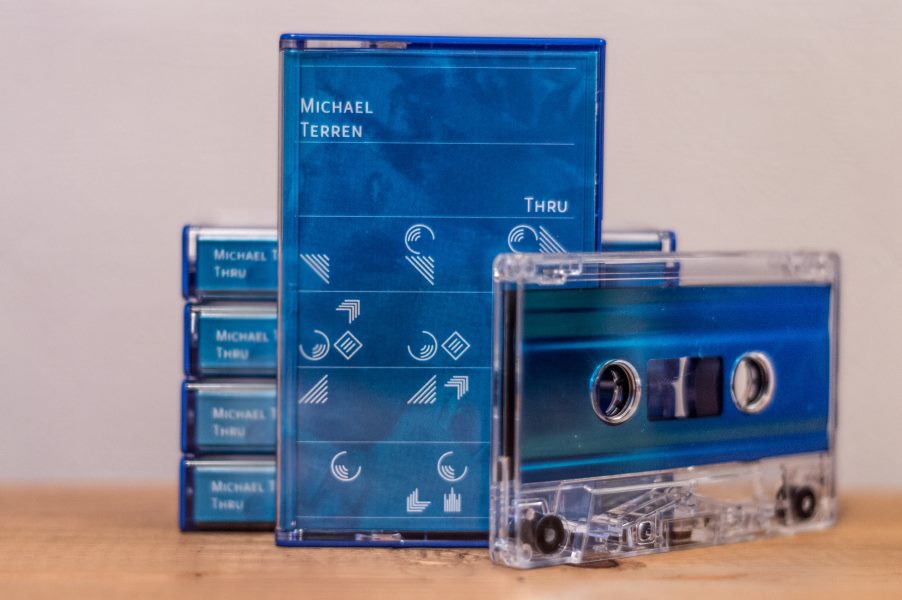