Have a listen to Snowed Under, the latest EP from Loner Deluxe out now on Rusted Rail

Snowed Under by Loner Deluxe]
Rusted Rail is proud to announce the release of Snowed Under by Loner Deluxe, the winter sequel to the summer release of The Coast is Clear. Snowed Under is home to three free/name-your-price songs on Bandcamp and this Digital Cassingle finds Loner Deluxe delving deep into extraterrestrial grooves, sonic space and UFOlk – staring at the night sky in hope. The cover image of this release is a sequel to the image of “The Coast is Clear” – its the same lake that Loner Deluxe is gazing at but the warm summer waters have turned to ice.
Lead track Winters Last Fire had the honour of being included on Volume 7 of  An Taobh Tuathail compiled by taste-making broadcaster Cian Ó Cíobháin, nestled alongside such artists as Sufjan Stevens, Colleen and Nils Frahm. This is the first time the song has been available on its own, but its not alone as its in good company with Holding Pattern and We Saw No Stars combining to make up Snowed Under – cosmic electronica with a human touch. 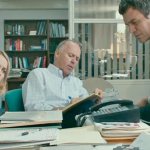 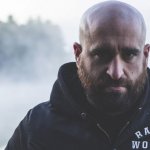 Next
B.Dolan – You Can Really Do This