Large Mound – Another Year Of Rock

Large Mound return to the internets with their new album ‘Another Year Of Rock’ which will be released 1 song at a time over the next 12 months.

The new album will be out on the 25th of January, February, March, April, May, June, July, August, September, Rocktober, November &  December.

Large Mound were ahead of their time in 2002, harnessing the potential of the internet by running a year long download project called The Year Of Rock. The mission involved the release of an mp3 every month from largemound.com. It has recently been compiled and put on their Bandcamp site.

Reminded of the fun they had back in 2002, and taking advantage of ever improving ways to share music online, the band have decided to do it all again. Another Year Of Rock, the brand new Large Mound album, will be released one song at a time each month in 2011.

So mark the 25th of every month as Large Mound Day and join them on a year long journey starting on January 25th and finishing up on Christmas day 2011. It is another year of rock. 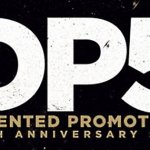 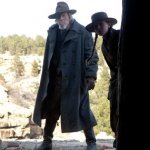