The next release on Quarter Inch Collective will be a split cassette – limited to 100 copies – from Turning Down Sex and Ginola, both of whom will be playing a three date Irish tour this week.

It’s A Disagreeable Thing To Be Whipped is the new split cassette from Ginola and Turning Down Sex. Recorded in a really hot living room over two days, It’s A Disagreeable Thing To Be Whipped is a 25-minute rush of claptastic beats and hardcore jiggery-pokery. Turning Down Sex deliver six tracks of intricate, raucous post-grindcore, calling to mind The Locust, Primus and BATS all at once. It’s the kind of music where you go back and press play again as soon as it’s over because you’ve no idea what’s just happened but, whatever it was, it was good.

Ginola weigh in with seven tracks of straight up hardcore, ranging from the blink-and-you’ll-miss-it, fuzz-punk of ‘Bohemian Rhapsody’ to the seething heft of ‘Breathplay’, doing their best to take in bits of The Jesus Lizard, Fugazi and Sonic Youth along the way.

To launch the cassette, they’ll be doing a whistle-stop tour of Ireland next week – the dates and venues are below. You’ll be able to pick up a copy of the cassette in Wingnut Records in Galway, PLUGD in Cork, the R.A.G.E and Tower Records in Dublin and Dragon records in Belfast from 23rd of May, and you can pre-order your copy here.

If cassettes aren’t your thing you can also hear the entire thing on Soundcloud: 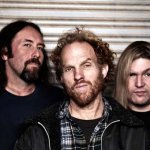 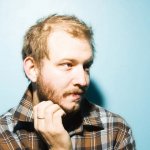