White Plague Records will launch Catscars‘ debut album Construction on February 26th at a BYOB gig in the Clarendon Basement.

CONSTRUCTION is the debut album from Irish electronic artist CATSCARS.

A collection of experimental electronic, gothic pop, CONSTRUCTION is an album of 10 tracks reflecting mixed and often conflicting traits, sensitive and ambient yet defiant and aggressive.

CATSCARS (aka Robyn Bromfield) began as a solo musical project in 2008. She also plays in Children Under Hoof.

CONSTRUCTION will be released on White Plague Records and will be on general release from March 4th, 2011, and will be available as a CD album as well as digital download.

The first 50 paying customers through the door get a CD copy of Construction; everyone else gets a digital copy. 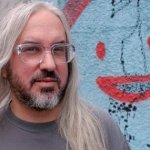 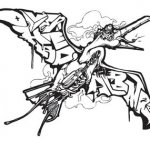 Next
Overhead, The Albatross – 500 Hard Drives Around The World