‘not victories, or tales of achievements, just stories of the day‘ – Niall McGuirk on Attila The Stockbroker‘s autobiography Arguments Yard

I’ve often said that autobiographies are strange beasts. Maybe it’s my country of origin and how we are known as a nation of begrudgers. I am conscious of that when I see my fellow troubadours doing what can only be perceived as “well“. I wish to support that success in the first instance. So when Lynched appear on TV I’m happy. Not because their appearance vindicated them as a band, and certainly not because their being there vindicated the show – just because they genuinely seemed happy to do that and to participate.

Has this any relevance for an autobiography? Yep – to write ones own story will involve some participation in the historic sport of “blowing your own trumpet”. Generally speaking, I’m not on the side of those who excel in this game, as people’s achievements are recognition of their efforts. However in a book that details your life – both good and bad – well, then you have to proclaim the achievements.

For any person who has made poetry their living over 35 years with no assistance from arts council grants but from hanging around the punk rock works, well then there will have to be achievements. But this book is more than that. Attila has always spoken up for those that are deemed voiceless, he has been to the forefront of street protests and political campaigns. This is a story of many of these campaigns. We hear of the miners strike, printers strike, war in Iraq, poll tax protests and more. They’re not victories, or tales of achievements, just stories of the day.

I remember all these fights as someone living across the Irish Sea and looking into the distance. Bands like The Neurotics, The Men They Couldn’t Hang, Blyth Power and Billy Bragg feature here, and you can tell the pride that Attila writes about. These bands are part of my soundtrack and I’m proud to have been at their gigs and to have corresponded with some of them too.

Datblygu and Anhrefn – who played a big part in our own story of The Hope Collective – fly the Welsh flag in the tale of activism and many failed protests. I have often though of the letters that went between myself and Steve Drewett from the Newtown Neurotics about the possibility of themselves and Attila coming to Ireland. Plenty of plans were hatched but my final letter from Steve spoke of how they just couldn’t afford the ferry fare. There would be no advance from us in Ireland and that dream ended. Attila doesn’t write of that, but tells us of sharing a roof with Steve and many gigs with the Neurotics. He writes of his first trip to Ireland but, sadly, it was not of our efforts.

I never knew Attila was the catalyst for TV Smiths solo career but we are regaled with the story. And there’s many others too, all expertly written in an easy going light way

In his 35 years of protest poetry Attila has always tried to find some humour, and that isn’t far away in the pages of this book. I couldn’t put it down for a couple of days and always looked forward with great anticipation for my next few spare minutes. My instant reaction on finishing it was to put these words together. In the end it doesn’t matter what I say about Arguments Yard… but it does matter that you try and get a copy. 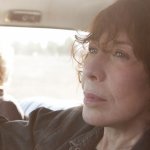 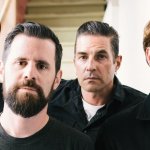