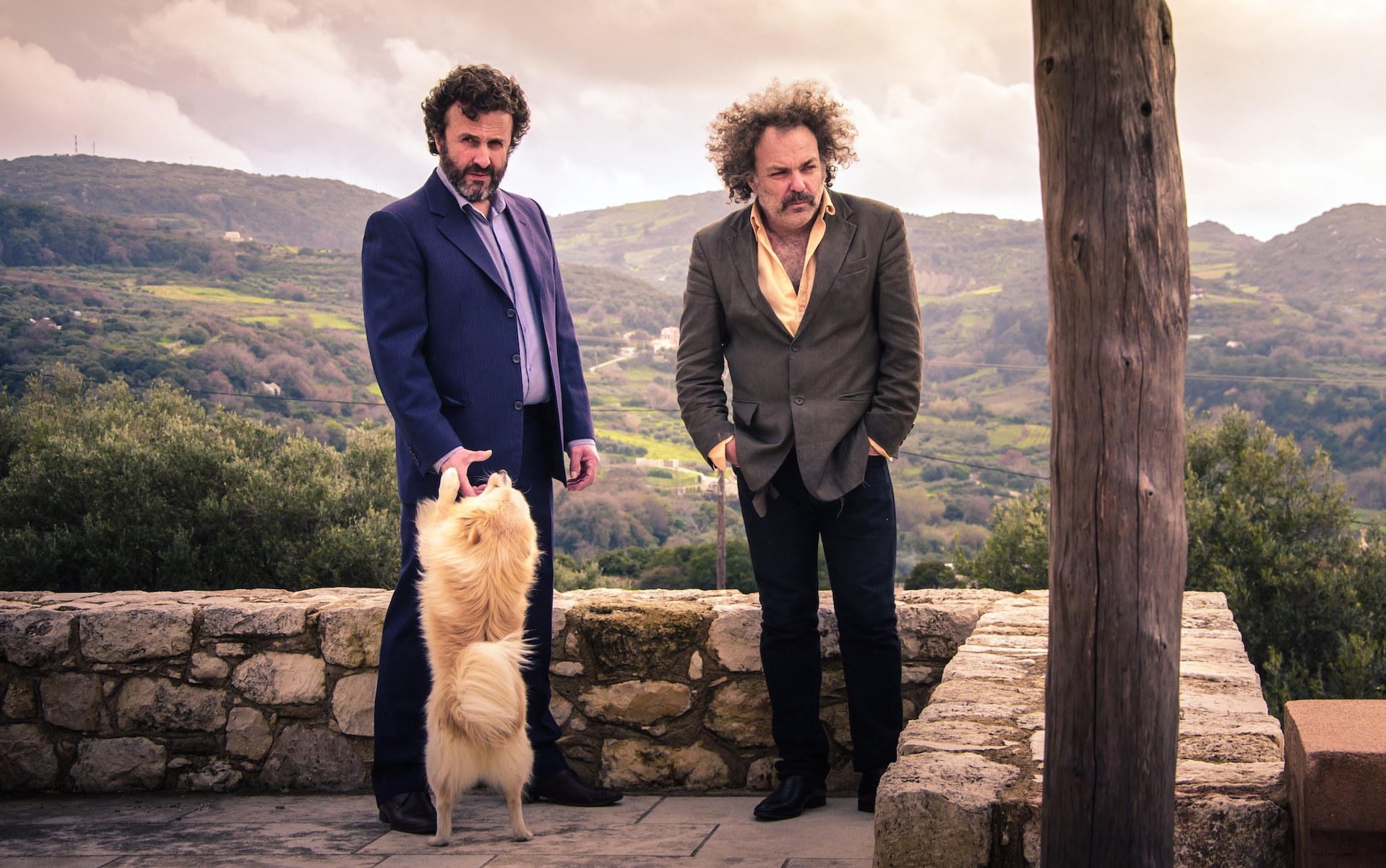 Now regular visitors to Dublin on the back of being one of the greatest live bands on the planet, George Xylouris & Jim White return to Dublin with their hugely acclaimed, Guy Picciotto-produced third album in tow. They are a true joy to behold live and like nothing else you will see this year.

“It’s a joy to listen to, and one that inspires faith in modern rock music and its ability to evolve.” – Drowned In Sound, Mother review

Just 15 well-toured months later, the duo’s exploratory instincts drive them further onwards still on their third album, Mother, released last year on Bella Union, and named to denote “new life”. As Xylouris puts it, “Mother is the extension of Goats and Black Peak. Three things, all part of a whole. Goats are mothers, Zeus was raised on Amaltheia’s milk, Black Peak is Mother Earth… Mother Earth is the mother of everything.” As on Black Peak, Mother’s labours benefited from the midwifery of choice collaborators. Fugazi’s Guy Picciotto produced once again. Also on hand this time was Anna Roberts-Gevalt of old-time folk duo Anna & Elizabeth, whose earthy violin/viola lines and exquisitely sighing vocals can be heard on the track “Lullaby”.

That ongoing gestation is a remarkable extension of already remarkable back-stories. Xylouris is a scion of one of Greece’s most revered musical families. His father is legendary singer and lyra player Psarantonis. Jim White, meanwhile, has commanded international attention for more than two decades as part of Australia’s Dirty Three. Now New York-based, White has often been called on to collaborate with numerous alt-A-listers (including: Bonnie ‘Prince’ Billy, PJ Harvey, Cat Power and Smog), where he redeploys the rolling momentum of free-jazz to variously supple, sensitive and seismic ends. Most recently he performed with Kurt Vile and Courtney Barnett on their acclaimed album “Lotta Sea Lice”.

BRIGID MAE POWER is an Irish singer-songwriter and multi-instrumentalist who, like Judee Sill, Micky Newburyor Linda Perhacs before her, paints her songs in dreamily expansive strokes, transporting earthly compositions into universal and exultant realms. Her self-titled debut on Tompkins Square was a majestic suite of reverb-swathed laments for voice, guitar, piano, accordion, and harmonium, recorded at the Portland studio of key musical foil Peter Broderick. Themes include transformation, change, motherhood, acceptance, strength, courage and trust. In the words of Power, the album was about "trusting if you lose yourself or your way - you can come back".

New album 'The Two Worlds' is another masterful collection of effortless, hypnotic folk, and an album that furthers the songwriter and multi-instrumentalist's already stellar reputation. Live, Brigid can encapsulate the timeless magic of her songs either solo or as a duo with Peter. Thus far she has toured throughout Ireland, UK and the US together with artists including Lee Ranaldo, Richard Dawson, Alasdair Roberts, Peter Broderick and Ryley Walker, with performances at Le Guess Who? and TUSK festivals along the way.
http://www.brigidmaepower.com