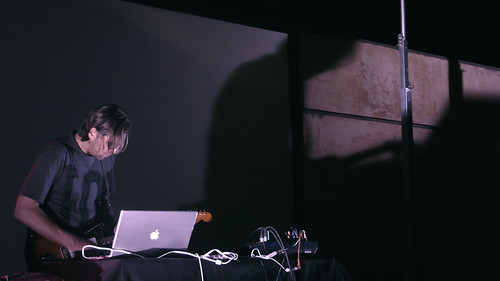 At the frontier of contemporary music is FENNESZ: a meticulous laptop conceptualist who weaves tangible melodies and glowing guitars through dense, symphonic electronica. CHRISTIAN FENNESZ is know from his own particular musical world as well as his impeccable work in creating beautiful compositions for guitar. Somewhere between concrete music, classical and ambience sounds, he stretches musical resources and effects to create melodies and atmospheres that fuse classical and orchestral concepts with conceptual musical research and complex digital structures.

He has recorded and also performed with Ryuichi Sakamoto as well as playing live with artists such as Keith Rowe, Sparklehorse, & Mike Patton to name but a few. FENNESZ has also worked alongside Peter Rehberg and Jim O'Rourke in the improvisional trio Fenn O'Berg, and with David Sylvian who sang on his album "Venice" and for whom FENNESZ composed the music for the song "A Fire in the Forest" for Davd Sylvian album "Blemish". 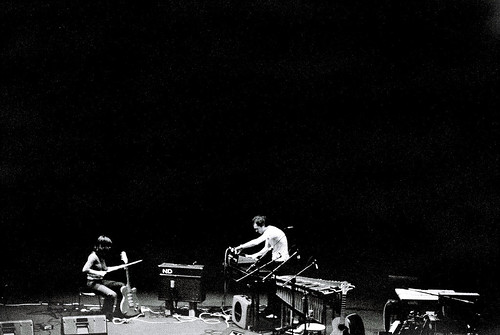 Incepted in 1995, SOMADRONE began as a project to document some home recordings from old tape machines and 4-track recorders. This was release in 1999 as a 10” single limited to 100 copies. The latter years involved playing, recording and touring in Europe and America with Redneck Manifesto, Connect Four Orchestra, Goodtime John and Jape. Instruments such as Vibraphone, Harp, Theremin, Indian Drone Machines and Analogue Synths feature on 2005’s “Fuzzing Away To A Whisper” released Sept 05 on Trust Me I’m a Theif records. These collections of recordings are 2 CDS from six years of producing. They range from electro-acoustic pieces to pop music and incorporate elements of early Kraftwerk, Broadcast, Brian Eno and Steve Reich. While pursuing a PhD in Music, SOMADRONE’s third album “Of Pattern and Purpose” was assembled. The first to incorporate vocal accompaniment, it is composed mostly of miniature symphonies and electronic interludes. Released May 07, will be available nationwide on Trust me I’m a Thief records. Album Launch show: Sugar Club Sat May 26th with support from 3epkano.

This is on Wednesday.
O

Tonight! Tickets on the door.