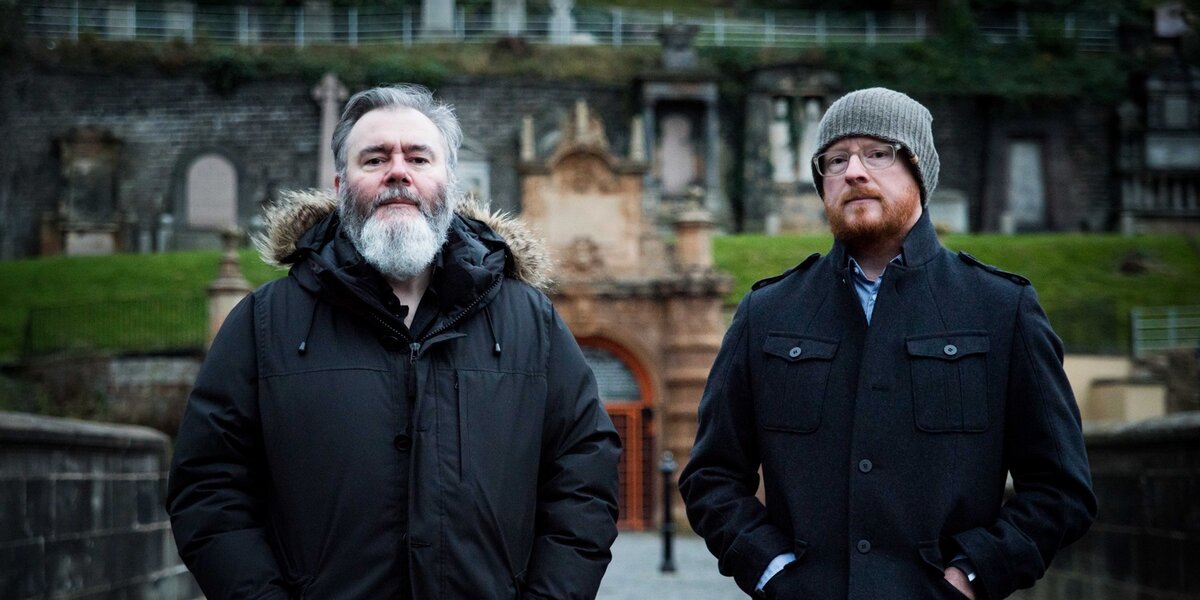 Presented by Foggy Notions
In association with ATC Live

"It's about hopelessness and darkness," says Aidan Moffat. "But in a fun way." The Arab Strap frontman is speaking about the band's 7th studio album and their first since 2005's The Last Romance.

The pioneering Falkirk duo of Moffat and Malcolm Middleton called it a day in 2006 but got back together 10 years later to perform a series of acclaimed and sold out shows. "We really enjoyed doing those gigs," recalls Middleton. "So it made sense to try writing together again".
Prior to splitting up the band released a string of acclaimed releases spanning albums such as Philophobia, The Red Thread and Monday At The Hug and Pint, several EPs and that most difficult of tasks: a genuinely stunning live album via Mad for Sadness.

Arab Strap started out as an intimate project with home-recorded tapes shared between friends, but after the unexpected success of their inimitable debut single 'The First Big Weekend' they quickly found themselves, along with pals Mogwai, as some of the most exciting and cherished music coming out of Scotland. The band's first gig was recorded live for John Peel, who became an early devotee. The band went from indie record label Chemikal Underground onto the major label Go! Beat and then back again to Chemikal, touring the world and funnelling life's experiences into a unique concoction of music that explored beauty, sadness, intoxicants, sex, love, and death all rolled into one.
Despite them being a pinnacle group of the era, Moffat makes it clear that the aim is not to "recapture the 90s" but instead to create a distinctly new album, with new tools, sounds and a forward moving sense of exploration. "This album feels like its own new thing to me," he says. "It's definitely Arab Strap, but an older and wiser one, and quite probably a better one."