Rusted Rail is pleased to announce the release of “The Mountain Rages”, the debut album by A Lilac Decline, the anagrammatic musical pseudonym of visual artist Cecilia Danell. Originally from Sweden but resident in Ireland for over a decade, Danell is a member of fellow Rusted Rail acts Cubs and Loner Deluxe.

“The Mountain Rages” came together during sessions in the spring and the wet summer of 2016, recorded via one microphone and a bunch of borrowed and found instruments, in an attic room in Galway and during impromptu sessions in a remote cabin in Norway. Whilst sequestered in the Norwegian cabin with no instruments to hand, Danell recorded two songs (“Winter Wanderer” and “Theremin Song”) variously on some empty vessels with a tablespoon and with an online digital Theremin piped through salvaged speakers – see if you can spot these extreme home-recordings. Snatches of shortwave radio and field recordings also imbue the sonic fabric of the album with a sense of wilderness.

A Lilac Decline’s dreamfolk is haunted by owls and warmed by cracking cabin fireplaces which lends the album a rustic, handmade aesthetic. On a couple of tracks waves of melody emerge from the fog of homemade shoegaze haze to bestow an ethereal aura upon this wood-wandering forest folk music. 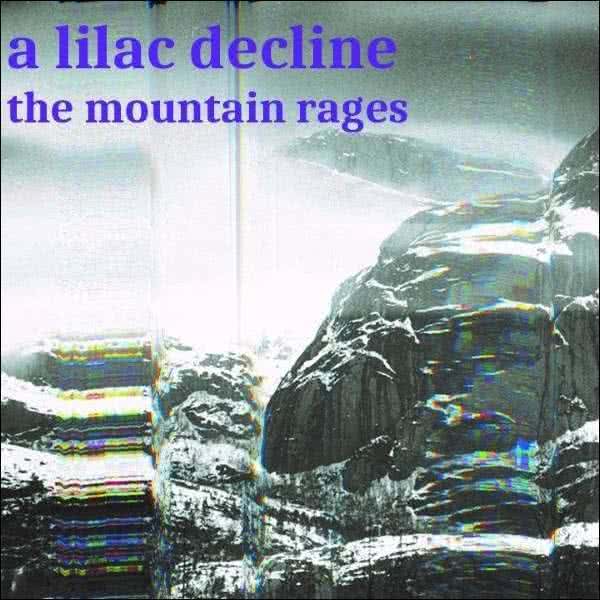 The Mountain Rages is a cassette release, with a 4 panel colour sleeve. The album comes with a download code and is available to order now from the Rusted Rail Bandcamp page.