Mumblin’ Deaf Ro sends word of his forthcoming album & his first gig in a while, this Friday in the Supafast Building.
First, the album:

We recorded the music for the new album in three days last week with Jimmy Eadie.  It will take a bit more time to add vocals and do all the mixing, but so far the album is sounding very promising and I hope to have it out in August.  It will be called ‘Dictionary Crimes’ and the track listing is:

The album is done on two acoustic guitars and a bass, with drums on three songs.  Don’t let that fool you because it’s actually quite involved, musically speaking.  The whole album is themed on ‘the family’  – I’ll explain a bit more about that when the album comes out.  The album is being released in conjunction with the ‘Popical island’ label – home to Groom, Walpurgis Family, Yeah Deadlies, Land Lovers, Big Monster Love, Squarehead and of course Tieranniesaur.

A song from the album will be on a soon to be released Popical Island compilation.

Next, the gig this Friday March 9th:

More as we get it… 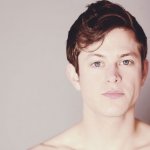 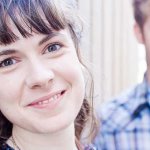