Large Mound’s Another Year Of Rock – My New Thing

Large Mound release ‘My New Thing’, the 5th song from their Another Year Of Rock project this week.

Releasing a song on the 25th of every month in 2011, Large Mound are straight back into the fray for May with My New Thing. Ratching up killer riffs from the get-go, it’s a return to their signature of short, sharp rock that fuses a hard rock attitude with laid-back ease. Equal parts optimism, realism and witticism, the four-piece Dublin band play hard, singing about life and dreams, raising a smile with the little things that bring them down.

Another Year Of Rock is the fourth album from Large Mound available to stream or download from http://largemound.bandcamp.com. Individually produced by a top range of engineers and paired with specially-commissioned artwork, the gradual release of tracks each month has given listeners a steady indication of the record’s strength. From Gypsy Bride’s bouncy charms to the lingering ascent of You’ll Never See A Dinosaur, all the songs so far are winning singles in their own right. Now with the added hope of My New Thing it’s a dead cert that AYOR is Large Mound’s sound at its most impressive yet.

My New Thing was recorded in AP Studios by Antimo Puca and Pete Sisk and was mastered by Stephen Quinn (www.analogheart.net) The artwork above is by Jason Frederick from New York http://sketchbookcity.blogspot.com.

My New Thing will be available from http://largemound.bandcamp.com on Wednesday on a pay what you like (or nothing) basis. 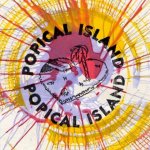 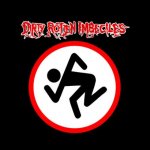