The Defects Play Dublin This Month

Belfast punks The Defects play Fibber Magees October 3rd and 20th 30 years after their initial release The Defects came back as brash as ever with the release of Politicophobia on punkerama Records. They have the energy of the young punks of 78 and a similar attitude, but maybe with more realistic overtones. Sure the lyrics are angry middle aged men but they aren’t epxecting to be taken on a rollercoaster rock’n’roll adventure this time.

Instead they have their feet firmly placed on the independent road. The sound is a sing along more rock than street punk but songs about real issues rather than the pop overtones of their peers. There is a Ruts feel at parts and maybe even a pre punk Dr Feelgood vibe at times. The Defects are fast becomming an institution – plenty of merch – and on my recent trip to Rebellion their name was in the top 5 of band names across peoples chests. It’s not all about merch and PA from Paranoid Visions has suggested that the defects should stake a claim to being Irelands best ever punk band. I may not go that far, but surely those words are enough to get you to want to investigate.

The Defects are playing in Fibber Magees this Friday, October 3 with The Fits, Buck Eejit and Cadaver Club, and they return on October 20th to play with English punk legends 999. 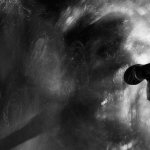 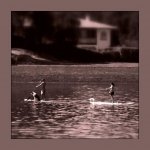 Next
Hi Beats Lo – Days You Get