New Years Eve With And So I Watch You From Afar, Jogging & Hunter-Gatherer

See in the New Year at Whelans with And So I Watch You From Afar, Jogging & Hunter-Gatherer.

The hardest working band in the land And So I Watch You From Afar play Whelans on New Year’s Eve with Jogging & Hunter-Gatherer.

Other bands talk about it, And So I Watch You From Afar do it.

Northern Ireland sensations And So I Watch You From Afar had an amazing start to their 2010, returning from this years EuroSonic Festival, courtesy of RTE 2FM, to find out they have been nominated for both Irelands Choice Music Prize and XFM New Music Album of the Year for 2009 in the UK putting them up against some of the UK and Irelands finest bands and artists, Cementing them as one of the finest in the UK and Ireland.

Alongside support from BBC Radio 1, touring in 2010 has brought the band to the US and a total of 17 countries in Europe. As well as festival shows, the bands own shows, they have had time to slot in a support tour with Them Crooked Vultures! This tour had the band cross Europe again ending with a mind bending show at the Brixton Academy. The remainder of the summer will see the band have festival appearances including Lowlands, Sonisphere all the way as far as Latvia.

In 2009, ASIWYFA played a mammoth 170 gigs all over Europe. From extensive tours in the UK to opening Pukkelpop festival in Belgium in front of 4500 captivated people to Novarock festival in Austria, gigs in Germany, Czech Republic, Poland, Ukraine and Russia, this is a band that means business.

Their hometown Belfast shows are legendary from the 1,000 capacity headline Christmas homecoming gig in the Ulster Hall right down to a small secret basement party which was shut down by the police late in the night for being too insane.

Everything about ASIWYFA is gargantuan. Their critically-acclaimed, self-titled debut album released in 2009 is exhibit A. From the iron-clad riffs to the pummeling crash of the cymbals to the palpable positivity of the music, it’s everything great rock (never mind just instrumental rock) music should be. Even the song which take in titles like ‘Set Guitars To Kill’, ‘Clench Fists, Grit Teeth… GO!’ and the ASIWYFA practice what you preach mantra ‘Don’t Waste Time Doing Things You Hate’, are epic in scale.

Tickets for the gig are €20 + booking fee and are available now from WAV Tickets (1890 200 078), www.tickets.ie, City Discs & Ticketmaster Outlets nationwide. 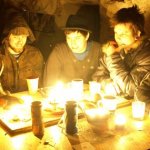 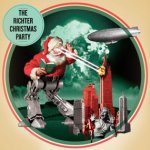