Sage Francis, Blindboy Boatclub and Rafeef Ziadah are the first names to be announced for this year’s Lingo spoken word festival

Lingo, Ireland’s spoken word festival, has announced the first of its mighty headliners for 2016, with early bird weekend passes on sale from September 1st. Now in its third year, Lingo has featured the cream of spoken word talent from all over the world. This year the festival is proud to feature extraordinary artists from Ireland, the US, and Palestine, with Sage Francis, Blindboy Boatclub (Rubberbandits), Sarah Clancy and Rafeef Ziadeh all taking to stages across Dublin from October 21-23.

The legendary Sage Francis will headline with a very special show at the Workman’s Club. Dubbed the “forefather of indie-hop,” Francis originally earned acclaim in the early 2000’s by winning the most highly coveted titles of the emcee battle circuit in the US. Sage Francis is widely considered one of our generation’s greatest lyricists. “COPPER GONE”, Francis’ 6th studio album, dropped in 2014, breaking Billboard’s Top 200 and iTunes top 5. Don’t miss this chance to catch Sage at his first Irish appearance since 2014 and the only Irish date of his current tour.

Rafeef Ziadah
Lingo is delighted to welcome Rafeef Ziadah, Palestinian spoken word artist and human rights activist, back to Dublin following her recent packed show at the Abbey Theatre. Her performances of poems like ‘We Teach Life, Sir’ and ‘Shades of Anger’ went viral online within days of their release and have been viewed over a million times. Rafeef will perform as part of a triple-bill at Liberty Hall, in aid of the current refugee crisis. Joining her will be 2016 Lingo Poet Laureate Sarah Clancy, one of Ireland’s best performance and page poets. 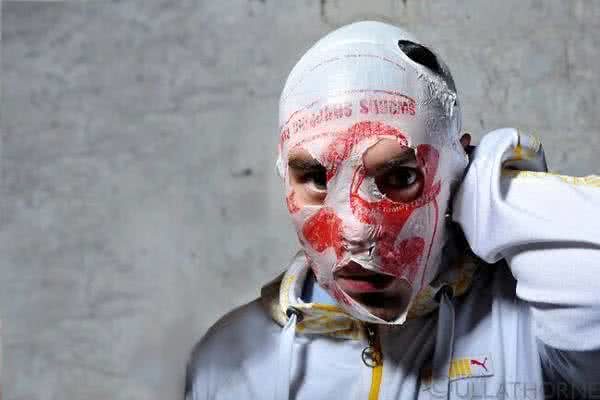 Blindboy Boatclub
Sunday night at Lingo will see Blindboy Boatclub host a madcap panel of guests and performers around the theme of socially engaged art. Blindboy Boatclub is one half of the Rubberbandits, the famed comedy hip-hop duo from Limerick, IFTA Award Winners, and “Best Irish Act” (Entertainment.ie). He has become a prominently outspoken commentator on politics and culture, making a splash on The Late Late Show and beyond. Expect a riotous mixture of social commentary, comedy, poetry and music – with very special guests still to be announced.

Programme Manager Erin Fornoff says, ‘Irish Spoken Word has gone from being a practically unknown and underground movement to being an invigorating part of Ireland’s wider culture, you just have to look at RTE’s Euros campaign featuring poets to see that, and Lingo was always about driving and enabling that process’. Speaking about the programme curation, Fornoff continues, ‘Spoken word is all about having a voice. This year we wanted to look more closely at what voice can mean for the world. We wanted to explore what role spoken word has to play. And question how we can amplify voices calling for change’.

The full Lingo programme will be announced later in September.