In between writing film scores and occasionally providing drums and percussion for artists such as Jape, Valerie Francis, Primordial and So Cow, Gareth Averill began to set focus on what would become Great Lakes Mystery. Great Lakes Mystery represents an obsession with pushing vintage analogue equipment as far as possible whilst attempting to stay faithful to his influences; Arthur Russell, Prince, Caribou, Broadcast and John Carpenter.

In 2010 Great Lakes Mystery were honoured to be chosen as the tour support act for both The Redneck Manifesto and Jape. Since then the live show has been constantly evolving and has recently expanded from a one man and an array of sequencers and synths into a more open and expansive set up featuring a full band.

The turn of 2011 saw a low-key dispersal of demos online. The soft release was received very well and included getting a mention in the English Sunday Independent as well being added to the Whelans ‘Ones To Watch’ event.

After a few more live outings the first Great Lakes Mystery release proper will be with us later this year on limited edition 10″ vinyl and download.

Support comes from Goodtime, who is returning after a long hiatus due to the accusation of a design degree and a more economical moniker (he was previously known as Goodtime John)

Magic Pockets is the name of Ruadhan O Meara’s lo-fi bedroom based electronic project. Combing vintage synthesizers and samples he draws upon the work of Tangerine Dream, Zombi, Ashra and Jan Hammer.

The first few people through the door will get a free Great Lakes Mystery EP. 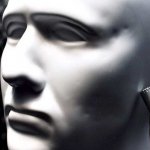 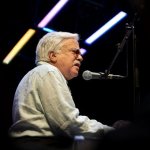 Next
Van Dyke Parks – There Are Cycles