First Fortnight is an arts-based mental health awareness project that happens in the first two weeks of every year. This is our third year of operation having successfully produced First Fortnight 2010 and 2011. Specifically we are a small group of volunteers who work every spare moment we have to make this project happen because we believe passionately in it. We gain nothing but the satisfaction of knowing we can deliver something that we believe helps to inspire engagement with a crucially important issue.

Mental health prejudice and discrimination can do more lasting harm to people than a period of low mood or self harm. An awareness campaign in the First Fortnight of the year works because we are all a little raw that time of year and more likely to be open to an empathic response. We expect the First Fortnight of every year to be synonymous with mental health awareness and ending discrimination, prejudice and social stigma.

The Therapy Sessions
Three rather special events will take place on Jan 4th, 6th and 11th. These events will feature a mix of acoustic music and spoken word/poetry performances in the intimate surrounding of the Workman’s Club.

Film
First Fortnight in association with the Irish Film Institute are delighted to be screening The Devil & Daniel Johnston in the IFI on Jan 7th.

And on Jan 5th Film Base will be hosting Short Space, a collection of short films from directors Joanna Rubin Dranger, Stephen Crilly, Patrick Semple, Hugh O’Connor and Mary Redmond.

Theatre
565+ will run at the Project Arts Centre from Jan 12th to 14th, and One Man, Many Voices will feature in Film Base on Jan 7th. These 2 exceptional pieces of theatre focusing on mental health issues are not to be missed.

Soapbox Sessions
Claire Byrne will host a gathering of well-known voices from Irish cultural and political life to share their ideas and bring their personal interpretation of the subject to life through performance, prose, music and all important debate. 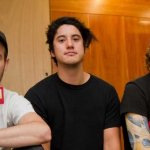 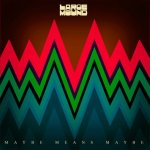 Next
Large Mound: Another Year Of Rock – Maybe Means Maybe