‘This is the logic of Venn diagrams, of Boolean gates, of OKCupid‘ – Ian Maleney on The Lobster

The Lobster is a film about love. It’s not so much a film about love itself, but rather the way people play at being in love, the way love is held up as something to be achieved, a mark of normality, maturity or success. Colin Farrell plays David, the central character; a man recently separated from his wife, who stopped loving him. In the world of the film, being single is essentially a crime. David is shipped off to a hotel in the countryside, where he has 45 days to find a mate among the other uncoupled or face being turned into an animal. On his first day in the hotel, the hotel manager asks him which animal he would like to be. A lobster, he replies, because they live at the bottom of the ocean, they have blue blood like aristocrats and they live for a long time. The manager praises his choice, and laments that of his brother who, lying on the floor next to David in his hotel room, is now a dog. “A wolf and a penguin can’t be together,” she says. “Nor a camel and a hippo. That would be absurd.”

On David’s arrival in the hotel, he is asked to state whether he is heterosexual or homosexual. He is allowed to be either, but he must choose one. After some prevaricating, he chooses heterosexual. The daily activities in the hotel revolve around a series of formal events designed to enable the interaction of the hotel’s male and female guests. Awkward dances to terrible music – played by the hotel manager and her husband – flow into utterly rigid meals, instruction sessions for how life is better as a couple and, eventually, a hunt for single people who live in the woods. If the hotel guests can bring back the unconscious body of a singleton from the hunt, they get an extra day in the hotel. The characters are played with a dull sort of bluntness, a distance which makes their interactions seem forced or trained in. Nothing is allowed to happen by instinct. The estrangement of everyday actions and habits – something similar to what Wes Anderson so often does, but played far more effectively here – is the film’s primary source of humour and entertainment.

Each party of new guests introduces themselves to the audience with a short speech about their previous life, and their defining characteristics. These characteristics are always physical or mental flaws: one man, who makes friends with David over breakfast, has a limp. His deceased ex-wife also had a limp; this is why they were a match. The aim for the guests in the hotel is to find someone who shares one of their flaws. The man with the limp gives himself nosebleeds in order to become a match with a young girl who suffers from that affliction. The other guests applaud their match when they are presented, he a black suit and she in a flowery, Stepford-style dress, as a couple. This focus on shared defects as the founding pillar of love is the central conceit of The Lobster – all its comedic and tragic power stems from this one idea.

This conceit is an injection of the technological or algorithmic into the world of the apparently human. There is no passion in the hotel, merely the cold rationality of survival. Others are not to be understood as such, merely assessed as a potential match, a product of their accumulated flaws, defects and hobbies. If two people have red hair, they are a match. If two people have large hands or ingrown toenails or a love of horse-riding, then perhaps they are a match. This foundational commonality is enough to build a loving relationship on. Indeed, it is the only thing a loving relationship can be built on. This is the logic of Venn diagrams, of Boolean gates, of OKCupid – a modern, mercenary, technological approach to the world and everyone in it. The partners spend two weeks alone on the hotel’s yacht as a final test of their relationship before being allowed to leave. If they run into trouble, they may be given a child, which usually solves things.

The film’s narrative really takes off when David eventually decides to run away from the hotel and join the single people hiding out in the woods. This decision comes after a particularly disastrous attempt to forge a match with a woman who, we are told, is “utterly heartless”. She has been at the hotel longer than any other guest, a result of both her frigid, unbending persona and her skill as a markswoman. His deception is exposed when she wilfully kicks his brother to death, and imitates the mournful, pathetic sound of his dying whimpers. This is not the only example of violence towards animals in the film, but it is the most shocking. The lingering shot of the bloodied dog’s corpse on the bathroom floor is awful to look at. It hurts far more than the wails of the woman who attempted to commit suicide a few minutes earlier by jumping out of a window. To witness the dog, already dead but still so exposed, so vulnerable to a cruelty it cannot understand, is to feel a love that can rely on no commonality, no shared defects or hobbies. The pain of this scene, the instinctive rush of feeling for the animal, exposes both the intentional shallowness of the on-screen relationships, and the hypocrisy of viewers, who can love only what they see.

David’s escape to the forest brings him into the company of the Loners, a society no less rigid and formal than that of the hotel. Their leader, played by Léa Seydoux, rules in an authoritarian fashion, decreeing that people must dance on their own and there is no flirting allowed. She also insists that everyone digs their own grave. Among the Loners, David meets a woman played by Rachel Weisz, and they quickly bond over the fact that they are both short-sighted. They keep their love a secret, developing a range of bodily gestures in order to covertly communicate ever more elaborate messages. On a trip to the city, disguised as couples, they make out like teenagers on the couch in the home of the leader’s parents – it is an innocent and funny moment. Soon, through the discovery of a diary, they are exposed. In an act of vindictive revenge for their betrayal, Weisz’s character is tricked and made blind. Their one common trait destroyed, the relationship appears terminally ruptured.

The film ends on a question. David and his now-blind partner have fled for the city. They are sitting in a restaurant, discussing what is to happen next. David walks to the bathroom calmly, bringing a knife with him. She stays sitting, motionless in the booth. He stares into the mirror, the knife held to his eye. If he pushes it, he will blind himself. Does he blind himself, therefore reinforcing the conceit while making literal the phrase, never mentioned, ‘love is blind’? Or does he refuse, and transcend the surface defects in favour of a deeper love? We are not to know. 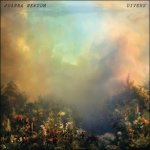 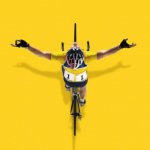