Once, while my brain was enhanced in its articulate thinking by a certain acidic compound which gives you the power of a thousand years of deep and utterly sensible joyous thought followed by hours of discomfort, introspective nightmares and the feeling that food of any kind is the enemy (you know the compound of which I speak) I came to the conclusion that there were only two kinds of people on the planet that caused harm to others. Vampires and Werewolves. It’s the exact kind of thought you have while sitting in a country pub watching the curtains crawl across the ceiling and enjoying the fact that outside the skylight you can see the star field screen saver from your PC flying around and assume that the bar has taken flight through the cosmos. I believed then that Werewolves were simply normal good folks bitten by the cruelty of others who succumbed occasionally to thoughts of evil (as we all do) but didn’t have the strength to keep from acting upon them. In Ireland we have a lot of Werewolves as everyone has had there psyche twisted by the shitiness of our schools, hospitals, parenting, public transport – pick one. Therefore add the demon drink and the lack of any culture outside of drinking and bang! Instant Werewolves.

The Vampire on the other hand is the scourge of the normal man. He or often she, is a seductive, charismatic, enigmatic evil. They have to be invited in, they suck the life out of you and yet you still want them in your life. They make things more interesting and soon they’re saying “hang on to this big black bag, don’t tell anyone and I’ll get it from you in a few days” or “my husbands a bastard can you loan me some money…I’ll pay you back, I swear”. And before you know it you’re holding the gun or the hammer and the blood is still wet on it and they’re saying “Here hide this” and they’ll owe you a debt of gratitude forever, but you’ll never get that debt repaid because it’s not in their nature. There’s one in every classroom and on every housing estate in Ireland. You don’t know they’re there but trust me someone you know knows him/her.

And that’s how myths and metaphors get started really. You call it the Mafia and someone else calls it a coven of Vampires sucking the life out of the neighbourhoods somewhere and lustfully every kid on the block wants in. You call it a crime of passion and he’s a fucking monster and really it’s someone who’s never gotten over that bullying somewhere along the line or that infidelity or has been passed over for promotion or, whatever. Then they snap and in the morning they’re back to their broken selves and deep down they want to get caught because it was never in them in the first place. And they know they’re now a fucking monster. None of which excuses the existence of a certain trilogy, which by the way seems to have four fucking films in it? Look up the word ‘trilogy’, you cunts.

Snowtown is Australian. Don’t let that put you off.

Australia has produced some truly great movies in the past. I cannot recommend last years Animal Kingdom enough. It’s absolutely brilliant. Snowtown begins in a similar area of Australia. It’s the outer suburbs and life here is grim. Poverty is normality and there really is a sense in every frame that this place is the end of the world. Derelict and empty the screen is constantly awash with images which set a real tone of desolation. In many ways this is similar to the equally grim and brilliant Frozen River which I also whole heartedly recommend. This is the home of the Vlassakis family – a lone, long suffering mother and three sons. Without wanting to reveal any of the plot, suffice to say right from the get go there is something deeply, deeply wrong. There is little space here for any levity here. Humanity yes, but the darkest acts of humanity and plenty of raw emotion. Soon a father figure appears in the form of John Bunting. Again, I don’t want to give away the plot but this is a true story and Bunting is Australia’s most famous serial killer (and Vampiric motherfucker) so chances are I’m not going too far by introducing him as such. Bunting becomes the family’s de-facto father…he’s charming, charismatic and seemingly honest and decent. He takes a special interest in the eldest boy Jamie and wants to rid the scum from the streets of his community by starting a sort of deranged neighbourhood watch. Of course, things go down the fucking pan as the family enter a living, or barely living hell, and you are right there watching and feeling every frame of it.

This is a film with a simple narrative, which is for the best. There is a socio-political statement to be made in here, when at one stage Bunting points out that no one cares about his victims – a lesser film might try to get across some message of why and place a context on the dispossessed poverty of the Australia presented here. There is no need. It exists here, as it does everywhere. Bunting entices people from his community towards his point of view through small meetings in which he manipulates and preys on them by rousing their fears. Again this is handled as a matter-of-fact. Rather than trying to explain Bunting the film just wants you to experience him. This film is about characters and tone. That tone is dark, brooding and utterly hopeless. Photographed as an uncompromisingly grim wasteland the images here are unforgettable and the characters are superbly written and the actors are absolutely flawless. In a fair world Lucas Pittaway and Daniel Henshall wouldn’t just win awards they’d be bronzed and given away as awards to lesser actors to remind them of just how fucking good some actors actually are.

Director Justin Kurzell knows how to move the film along at a deliberately snail-ish pace and presents the shocks and violence so slowly that some scenes (actually most scenes) are inescapable. The film often grinds to a virtual halt and presents scenes so shocking that you can’t help but feel utterly uncomfortable and almost violated. It’s worth pointing out at this point that I counted about twelve walkouts during this so it will not be for everyone. Should you stay to the finale you will feel drained and dejected. In one scene a boy feeds a rat to a snake and I couldn’t help but feel that I was that snake. The film curled around me and crushed all the air from me. This is a film which is not easily forgotten. Powerful and exhausting and highly recommended.

And if you thought I was going to write about Twilight fucking shame on you. 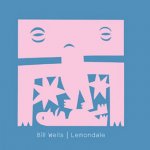 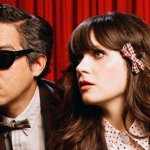