WHY? – I Really Don’t Draw Those Lines The Other People Do

Ian Maleney talks production, musical progression and problematic double albums with Yoni Wolf of WHY? who play The Button Factory this Saturday.

Ian Maleney talks production, musical progression and problematic double albums with Yoni Wolf of WHY? who play The Button Factory this Saturday.

There’s not a lot to say about Yoni Wolf that hasn’t already been said, usually by himself. He is one of the most enigmatic figures in modern music, combining a whirl of different genres, styles and nuances under the command of his own singular voice. His last two records under the WHY? name came in 2008 and 2009, and have been followed by an almost constant touring schedule. After a quiet year so far, Wolf, his brother Josiah and fellow band-mate Doug McDiarmid were due to head out on the road once again with an extensive North American tour playing a stripped down set based around a grand piano. The tour promised a very different WHY? experience for those who came. Unfortunately, at the beginning of the tour Yoni broke his hand and the remainder of the North American dates were regrettably cancelled. Thankfully for those of us on this side of the water, the European tour was unaffected. We spoke a few days before the accident occurred, as the WHY? tour van had broken down outside Pittsburgh.

WHY? songs have always had a solid melodic heart to them but they’ve rarely been so exposed as they are on this current tour. Why the need to go back to basics in this way? “I did a solo tour in the spring, playing new songs from the WHY? album that I had written but we hadn’t recorded yet. So I went out and played piano shows like that because I write on the piano anyway. My brother actually accompanied me so it was like two thirds of WHY? but it was billed as Yoni Wolf. So it’s sort of an extension of that where it’s a songwriter thing but it’s the whole band. It’s a bit fuller than the solo shows but a little less full than the full WHY? barrage that folks are used to getting.”

The next album has been recorded since that spring tour and when we spoke, Wolf had just sent off the final mixes to be mastered. The obligatory awkward question of how the album sounds compared to the last release elicits a guarded response. “I think it’s pretty different to Eskimo Snow,” says Wolf. “Very different. It was a different sound we were going for on this record. More simple I’d say, in a way. Cleaner, more simple but the arrangements are perhaps more complex. The instrumentation may be simpler though. There’s lots of outside musicians on this record, like strings and horns and things like that. Not in an over-blown, cheesy way, more like in a small, arranged way. Yeah, it’s a very different kind of record. It achieved what we were going for, I’ll say that.”

With that kind of instrumentation being very much a new departure for the group, the album is sure to have a very different texture. Were those elements always part of the plan or did they just come about in the studio? “They were written into the demo process. If I knew I wanted a french horn playing something I’d just make the noise with my mouth on the demo. If I knew I wanted pizzicato on viola, I’d just do it high up on a small guitar or something so it was built in. I did arrangements in my very rough way and then Doug took them and enhanced them and put them on sheet music for the musicians because he knows music and everything.”

Wolf took up the producer’s mantle on the recent Anticon release, Family and Friends by stalwart rapper, Serengeti. Contributing beats and backing vocals, Wolf’s guiding hand on the album is subtle yet present. Was the role a new one for Wolf? “I’ve done that before but not necessarily for a rapper in that way. I’ve done music for other people’s lyrics before, like written music and produced. I’ve mixed for a bunch of people before. I help people out when I can.”

Is it something that he would consider doing more of in the future? “Absolutely! I mean it’s gotta be the right artist and all that but it’s definitely something I want to get into in the future, maybe doing it with my brother. Like the WHY? records, Josiah and I do them together pretty much, just take them from A to Z. I’d like to do that with him, we’re a good team. We complement each other on different aspects of things so it works out.”

Are there any production projects in the pipeline? “No, I don’t have things lined up. People don’t really know that I do that, you know? Hopefully at some point we’ll get the word out that we’re taking orders if somebody needs it done and is up to our taste.” 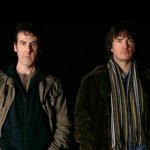 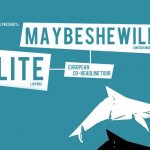