Ian Maleney chats with Marcus Joons of Sweden’s Korallreven who play their first Irish gig in The Twisted Pepper on Thursday night.

It gets said all the time but there really must be something in the water up there in Sweden. Nowhere else seems to pump out the quantity of top-notch pop that they do. The duo of Marcus Joons and Daniel Tjäder, better known as Korallreven, make music that sits at the dreamier end of that spectrum, with big hooks, bouncing beats and panoramic synthesizers combining to fill their wide-screen vision of the pop song. Taking their cues from fellow Scandinavian bliss-merchants like JJ and The Tough Alliance, they add a knowledge and love of turn-of-the-millennium American pop that gives their songs a beautifully catchy sense of the epic.

Their debut single made something of a splash in 2009 and the two-year wait for the promised debut album was dotted with the appearance of another single and plenty of mixes. It was the ‘Dream Within A Dream‘ mix which appeared in September that got the machine rolling again, showcasing the duos remixing capabilities and willingness to unabashedly embrace all types of music. The aforementioned album hit the internet last month and it is a truly beautiful statement of intent from a band with a lot to offer. On one level it is thoughtless pop; waiting for you to shut your brain off and bliss out. On another level it offers plenty of detail for the concerted listener, with layers of sound built carefully on top of each other, begging to be peeled back. Marcus Joons walks us through some of what the duo have been up to and where they are going next.

The “Dream within a Dream” mixtape got a lot of attention for you guys, and it was the first time I heard of you. There’s a lot of pop influences on there, from the songs to the title and Sweden has a history of great pop music. What’s your relationship to people like Britney or Ciara? Have you always listened to them?
I grew up on the Swedish countryside and here Britney, whatever you thought of her, was sort of the soundtrack. You just couldn’t hide from her, she literally was everywhere at that time. I liked a song here and there, maybe especially the Neptunes produced ‘Slave 4 U’. But ‘Till the World Ends’ is just on another level and we felt that we could make it our own in this KLF-ish context that was ‘A Dream Within A Dream’. Ciara also fitted the context. Don’t know much about her though. Not even her age or what shoe size she has.

I guess the other side of what you do is electronic music. There seems to be a pretty underground electronic scene in Sweden, from more successful acts like the Knife to labels like Kontra-Musik, are you part of that at all? Do you go to clubs or DJ?
I don’t think that we are part of anything here in Sweden. Actually, I don’t think that I am part of anything. After a lot of years abroad I feel kinda rootless and at home pretty anywhere. And back to your main question. Yes, we dance and yes, we are DJing as well. At the moment we play mostly to old school British rave stuff from the early 90’s. So good.

Things must be very different in Sweden from Samoa and you’ve mentioned leaving there when you were quite young. Is the contradiction between being in the place you want to escape from and writing about a place you want to escape to something that inspires you?
Actually, I think that all music is escapist in a way. In the same way as a good and suggestive movie is. If you listen to your favourite music, and then I mean really listen to your favourite music, you’re sort of escaping the everyday life. So, with that said Samoa inspired me to do this music but the longing for Samoa didn’t. It would be nice to go back there or to another island in the South Pacific but it’s pretty nice in Stockholm and New York as well. I don’t feel stuck at all.

Your music does have a distinctly summery vibe to it (I guess that’s the Samoan influence), so how does it feel to be releasing it at the start of winter?
It may be winter here but it’s, as they say in the surf movie Endless Summer, ‘always summer somewhere in the world’.

What are your ambitions for the album? Are there any places you’d really like to play, any TV shows or things like that? Obviously you’re successful just in making an album you’re proud of, but what would you like to happen once it’s out in the world?
We are so overwhelmed of it all. I feel like a happy tiger, thanks. I don’t really care if someone hates the album or so but I really want as many people as possible to at least get a chance to listen to it and get their chance to decide whether they kinda like it or hate it. And it seems to be floating around out there kinda heavily so we will see where we turn up. Coachella could be real fun.

You’ve got some really interesting guests on the album in Victoria Bergsman and Julianna Barwick. How did these collaborations come about?
Vickie B is one of my dearest friends with one of the most beautiful voices this side of the universe. She really dug the tracks when I played them for her and it just felt natural that she should sing on them. And Juliana. I had a real dark summer last summer and the only thing that I could listen to to get rid of my black feelings was Julianna’s vocal loops. It really calmed my fucked up thoughts down. Then I went to see her live at a small place in Brooklyn and talked a bit with her afterwards. She seemed to be super lovely so I sent her a demo with ‘Sa Sa Samoa’ and asked if she wanted to sing on it and she said yeah. Easy.

You’ve talked about being restless and having travelled all over the world. How settled are you now? Do you guys work day jobs for instance? Is there anything keeping you where you are now?
I’m feel pretty settled but we might go to Philippines to record some new stuff in January or so. I mean, if you live here in this dark place and have the possibility to go and see the sun, why not? I have always hated the snow and can’t understand people who pays for going on ski or snowboard holidays. Nah.

Finally, what are your plans for playing live? What kind of instruments are you using and have you any plans for visuals and things like that? How do you want to make an impact in a live environment?
Jamie Harley is doing the visuals and we will be on stage. We are rehearsing at this very moment so I can’t say too much. Hopefully it will surprise you. That’s the best feeling when it comes to music – the surprise. That and the yearning, and than not necessary for another place but maybe just for something else, whatever that might be.

THE FINAL FANTASY by KORALLREVEN 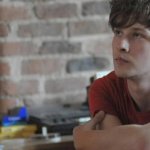 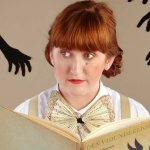