‘I would say it is a form of escape from every day life but is still grounded in reality‘ – Mountains‘ Brendon Anderegg speaks to Ian Maleney ahead of their Dublin date this week.

Hailing from Chicago but now based in Brooklyn, Koen Holtkamp and Brendon Anderegg have been making rich, expansive music together since 2005. For the most part their work could be filed away under the term “drone”, though the sheer scope and detail of the music they make resists the peaceful, staid connotations of the term. With Mountains‘ music there is always something moving, something changing deep within the pattern, and their ability to consistently surprise over the course of epic tracks is unparalleled.

Their latest album for Thrill Jockey, Centralia, is the pinnacle of their approach to date – capturing the duo at their most assured. With some of the album recorded live on stage, the beautiful surface sounds never feel anything less than immediate and the grand narratives of tracks like ‘Tilt’ and the epic album-highlight, ‘Propellor’, unfold with patient power.

Brendon Anderegg anwered a few questions about Centralia and what the album means to them.

First of all, how do you feel Centralia develops on what you’ve done before as Mountains?
For us Centralia is very much a combination of the ideas we have been working with over our past releases. Combining the more electronic processing of Air Museum with the more acoustic instrumentation of Choral and some of the slower pacing and feel of earlier records such as Sewn.

Why did you make it?
We wanted to make a record that fully explored the combination of modular electronics and acoustic instrumentation. Choral was 3 sides but we wanted to do a record that was made specifically to be a double LP and take full advantage of the available length to really take the music as far as possible.

What elements of it are you particularly proud of or happy with?
One thing that we set out to do was to make each track have it’s own identity. To make everything work together with common instrumentation but approach each piece differently. In that respect I think this is our most diverse record.

Do you think you changed as people while making it?
It takes a lot of compromise for two people to work on something that they really want to be the best representation of their work. In that respect, I think we both found ways to work within a middle ground where nothing got lost musically in the process.

Would you classify your music as ambient in any way? Either way, what kind of role do you see your music playing in the lives of its audience? What kind of physical or emotional experience do you expect Centralia’s music to suit?
Centralia for the most part is a very insular record. Probably best played alone. It is about creating a tone within each track, with surprises that pop out here and there and then moving onto a different tone or feel for the next track and so on.

How do you feel your music relates to real life? Do you think it provides escape from or engagement with the real world? Do you think the artist is under any obligation to provide one or the other?
I would say it is a form of escape from every day life but is still grounded in reality. It’s a combination of the real and unreal. Using common musical instruments and themes and trying to expand on their sound until they are somewhere in between natural and unnatural.

What kinds of music influences your own work? Do you feel part of a wider community of artists, either past or present?
We’ve both had a lot of musical influences over the years such as folk, blues, electronic etc. Over time it all starts to inform what your doing in one way or another. An example of that would be Linda Perhacs “Parallelograms” where she uses major and minor parts on top of one another in a way that a song can feel somewhere in between 2 keys. Luciano Cilio “Dell’Universo Assente” is another record that influenced some of the acoustic guitar work on our records a lot.

You’ve known each other quite a long time. Does that friendship play an important part in your ability to create? What do each of you think you (and the other) bring to the partnership?
It helps to know someone for a long time to be able to talk about whether something is working or not musically or compositionally and figure out a way to make it work or whether to use it or not. It’s easy for people to get defensive about that if they haven’t been working together for a long time. I think it is one of our biggest strengths. I would say I work more on the acoustic side of the sound, while Koen leans more to the electronic side so it makes a good combination for us.

Finally, how much of a record’s goals are achieved for you before it even hits the shops? How much is dependent on the audience reaction and interpretation?
We want to do what we set out to do conceptually on each record so if we can get to that point then our goals are met. It’s always interesting to see what the reaction to a record is and think about why people felt a certain way. Sometimes those reactions can act as positive criticism. In the end when a record is finished we are most interested in moving forward.

Mountains play the Twisted Pepper this Thursday, with unique folk experimentalist Mossy Nolan on support duties. If you’d like to win a pair of tickets just send an email to [email protected] with MOUNTAINSTICKETSPLEASE as its subject by midnight on Wednesday.

Mountains also play Cork’s Triskel Arts Centre on Wednesday night, but you’ll have to get your own ticket for that one. 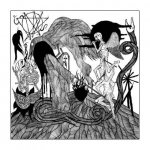 Previous
Dragged Into Sunlight – May 24th, The Pint 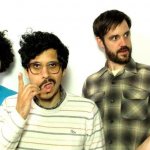