Ian Maleney spoke with Futures who play an almost-all-ages (14+), alcohol-free gig in The Academy 2 this Saturday.

Futures are a four-piece rock band from Buckinghamshire in England, formed following the break-up of Tonight Is Goodbye. They’ve earned both critical plaudits and a legion of young fans all over the UK and Ireland, helping them sell out venues before eventually signing to Mercury Records last year. With their debut album in the pipeline, Ian Maleney talks to singer Ant West about their plans and ambitions at this very exciting time in the young band’s story.

Can you tell us a little about Futures and how you guys started?
We started in summer 2009, I think. It was August we started playing together. We had all been in bands together since we were about 15 or 16, and then we met Christian who played bass. We played some London shows and tried to get as much hype around the band as possible and we got picked up by Rock Sound who put out our debut EP on the front cover of their magazine which was a massive, massive thing for us. From there on we just started touring and we’ve just finished our album which we spent about eight months writing. We finished with Gil Norton (producer for the Pixies, the Foo Fighters, Feeder, etc). We’re mixing it at the moment, and that’s where we are.

And how did the release with Rock Sound come about?
It was our manager and Darren, the editor of Rock Sound who took a risk, taking us on like that, we were a brand new band. It just came about and it turned out to be their biggest issue in like two years.

That was a mini-album right? Is the new album going to be a full-length?
Yeah, the next album is a full album. We recorded like twelve tracks. We’d sort of been writing it for the last year and a bit but we had a pretty intense seven or eight months working on it. We wrote about fifty-six songs and then chose twelve.

That’s an awful lot of songs!
It’s a load of songs, yeah!

Any plans for what you’ll do with the forty-four you’re not using on the album?
I don’t know, probably just sitting on computers wasting away. But every song kind of leads to another song, so you write one song and you think oh, I could use that melody or that lyric. It’s nice to have that many to dip in and out of, that you can take references from. You kind of learn what you want the album to sound like.

When are you planning on releasing the album then?
We don’t really know, maybe early next year. Probably early 2012, January or February because we don’t want to release it at the end of this year. Make a fresh start with a fresh album at the start of the year.

And will you be doing it yourselves or doing it with a label?
Yeah, we’ll be releasing it on a label. We signed to Mercury to about ten months ago maybe. They got us in contact with Gil and we’ve just been writing and recording. We haven’t really toured that much at all, this is our second proper tour. We’ve pretty much just been in the studio, writing. So it’s a really great feeling getting out on the road. We’ve never been to Ireland, so that’s going to be great.

Do you have any immediate plans for after the tour?
Yeah, we’re talking about supporting other bands that come over after September and we’ve got some festival dates planned. Nothing too massive as we want to wait until we have the album behind us. It’s going to be a pretty fun summer, I reckon.

Do you have a favourite part of being on tour?
Weirdly enough, I like going to each venue. I like kind of driving and sitting there and watching the road. I love the idea of traveling somewhere and playing and meeting the kids afterward, meeting people you’ve spoken to on the internet who are really into your band. Getting to meet them and speak to them is really cool, that’s definitely the best part of it.

Do you get that a lot?
Yeah it’s cool. We have a handful of really loyal fans, that have been really good to us and helped us spread the word. We mean a lot to them and they mean a lot to us, it’s good.

Will the actual physical album be a different kind of design or idea than the last one?
Yeah it will yeah. The last one was a cardboard sleeve because it was on the front of Rock Sound but this time it’ll be nicely printed and all that, something to be proud of. Got to starting thinking about artwork soon. It’s going to be in all the shops and things, which is exciting. We’ve already been on Spotify and iTunes and stuff, but it was a great thrill seeing Rock Sound in WHSmith and stuff, it was pretty wild. It’s going to be a good feeling when it’s out. That’s the hardest part right now, we’ve got all these songs on our computers that we can’t show anyone or send to anyone.

What are your ambitions as a band with this album?
Just get to the level where we want to be. We sort of see ourselves as a band with longevity, we want to grow and grow with each album. We want to play to like 800 people when we start touring the album. Just be one of those bands that comes out on top, because it’s a very difficult thing to do these days, actually have fans that buy your records. We want to be one of those bands that people buy into and actually listen, rather than just download you know what I mean? So many people just do that, just download and don’t really care about them. I think if you care about a band enough, you need a CD. We want to be one of those bands that has longevity because we can make a living off it, because our fans respect us. I think that’s the hardest thing to get into people’s heads nowadays, that buying music is still a great thing and downloading is just crap.

Finally, what kind of advice would you have for young bands, like you were, starting off now?
I don’t know, just find out what you want to do. Like if you truly want to be in a band, or you just want to be in music. Like, you might want to be a producer or whatever, you’ll figure out what you want as you go along. Doors will open up and you just got to take every opportunity. I look back on six or seven years ago when I was in school and I go, what were we thinking? But all that led to where we are now. Don’t look back, just keep going. Don’t ever think you’ve got to give up because you need to get a job or something, life’s too short. It doesn’t matter, just do what you want to do. 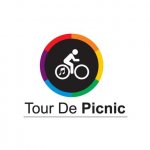