Techno itself is often filled with a romantic sense of hope and togetherness, possibly due to certain substances that might initiate giant love-ins in basements, tents and fields all over the world. Either way, the idea of music creating a utopian atmosphere where everybody just gets along and appreciates themselves and others is surely inherently romantic. It’s this end of techno that Ring has always been drawn to and though the beats are now all but gone, the feeling stays the same. “As I understood it, the romanticism thing was about the idea of emotion as an artistic device or form of expression and of course, I can totally relate to that because I think all types of art should be emotional in some way. Not necessarily the way I do it you know? Whatever, punk was angry and that’s what it was so important and so big. I think that’s what music is made for, it should move people in one way or another. I think that’s lacking in a lot of hollow radio songs right now. So that’s probably a good thing to relate to, to recall that idea.”

The vagaries of interpretation are still present though, and the reaction to Ring’s music is one of the things that keeps him interested, choosing to let the audience make their own minds up about what messages might be contained within the sounds, especially now that vocals are such an important part of that. “It’s not that I don’t have an opinion or stories to tell. It’s nice if it’s not the most obvious story so that everyone has their own interpretation, their own way of understanding the lyrics. I remember when I did my first record ever and I did my first interview and she, the interviewer, found my record sounding happy. I always thought it was a very sad record! It’s really funny how peoples’ perception differs and how everyone hears something in a different way. Also right now, when I talk about the record I made, for me it sounds like really epic but people can also find that cheesy. I guess it depends on where your cheese level is! Where your cheese threshold is!”

One thing that sticks out about the vocals, given that Ring lives and works primarily in Germany, is that they are in English. Why did he decide to sing in a language that was not exactly natural to him? “For me there was no other way because it is always about the sound of the voice as an instrument. I think, in almost any other language, the voice doesn’t sound as good as in English. It’s the main music language for good reason, of course there are more rhymes in there and it flows a lot better than German for example. I think singing in English is also a musical decision, not just to make my record more international or something. That’s the other thing, even on a very low level, I’ve always been an international artist because techno was an international phenomenon and it was already really connected. My first gigs were already somewhere in Italy or Spain. So since I consider myself some kind of international artist, there was no question to not sing in English, the international language.”

So with acoustic instruments, proper lyrics and even the odd chorus here and there, would ring call himself a song-writer now? “No man, I’d never say that!” he says, laughing off the accusation. “I’m still a producer. The thing is, I mainly used vocals on these songs, not because I had a story to tell, but because one of the concepts of this album was really to try to capture the original song idea. In the past I always destroyed maybe good ideas by putting more and more layers on everything so I was searching for a very intuitive way of making music. Obviously traditional instruments are more intuitive and more accessible because there’s an instant result if you press a button on a piano, like a key, or a guitar or something. The most intuitive instrument of them all is the voice. Sometimes in magic moments in the studio, there might be a loop in the background and it really inspires you to jump in front of the microphone and you start singing, you start mumbling something. You don’t even have real lyrics right now but there’s something really beautiful coming together. I think that’s the main reason I just started singing more, because there’s such a direct line from the feeling to the result. You don’t even need hands or something, it just comes from your brain into your vocal chords and you record it.”

It all sounds wonderfully easy, though with Ring struggling with a flu, getting his vocal chords to do anything he wants might prove difficult. “Before, when I was playing laptop shows, even though being sick was annoying, I didn’t really give a fuck. Now, since I have to sing, there’s a new dimension to being sick.” 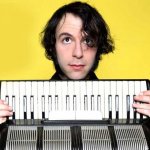 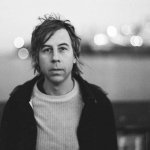