Aesop Rock – It Took As Long As It Needed To Take

In this period of making the record, did you find that you could listen to music? Or access others’ creativity- writers and such? Sometimes in a period of turmoil, energy goes away, and access to joy becomes more difficult. But if you were able to, who were you listening to, and reading?
I was pretty much in a bubble. I also work on music in some capacity almost everyday, so it does unfortunately become harder to be a fan of music in my off time. I definitely check new shit out – but I dunno – sadly it’s really hard to find anything that moves me at all. Lately I play Ka’s Grief Pedigree a lot. I guess I am biased, but hearing my friend Rob Sonic’s new record come together has been really inspiring – he’s a guy who, as a writer/rapper constantly bowls me over and keeps me psyched. When I discovered Danny Brown I felt it was a breath of fresh air. But it is definitely hard to crack the bubble once I’m just kinda in there working.

Hail Mary Mallon – and the record Are You Gonna Eat That? is just brilliant – you have collaborated with Wiz and Rob together before, and they pop up on Skelethon – this must have seemed like a natural progression for you as it all came together in the time you were writing Skelethon. There is a real sense of ‘the crew’ about it, bringing to mind people like the Beasties, RUN DMC – do you think you were looking for that, and are there more plans afoot for the future?
Absolutely on all fronts. It was a reason for me and Rob to break away from our solo efforts and write some fun shit. Wiz is a dope DJ who’s been doing this shit for a long time, and I think the idea of writing a rap project with a group dynamic was something that excited all of us. The chemistry, friendships, and mutual admiration was already there, so all we really needed to do was pull the trigger. Groups like Run DMC, the Beasties, EPMD, are such great models because they are groups in which the chemistry of the members was equally responsible for the songs as the beats/rhyme/cuts. I had never been in a rap group before, so being able to think about songs in a way where I have a whole other vocalist here to play off of – I dunno, it really makes you think in a different way. There are definite plans to continue with more HMM records, and I think since we each also have our own solo outlets, when we do come together as a group, the focus is making songs as a group – not so much going for self.

Back to time again – years ago, when you first started rapping, do you remember what excited you about the form? One thing I have always loved about rap, is the verve required with language – all the great rappers have had a real grasp of language. What is your relationship to rap like now?
I’d say ultimately the draw is the same. If anything I am less involved in the ‘scene’ and more involved in the ‘craft’, so I don’t worry as much about looking cool. I just wanna write to the best of my ability and make it a me vs. me situation. I think in the beginning maybe I felt like I had something to prove to others, whereas now I don’t think about others at all, and most of the proving I need to do is to myself. But when it’s all whittled down, it is and always has been, a love for putting words together, and seeing how far you can take a simple idea like rhyming words together.

In terms of language, your own grasp on it has been something I have greatly admired, when did this relationship with language begin and do you find it quite a cathartic thing to shape and re-shape, and edit? I know that your background is actually in painting, it must have found its way in there, somehow.
I’m not sure how it started. I’ve only ever written rap lyrics, so all of my writing has been in that form. Re-shaping and editing is as fun as it is painful [laughs]. It’s a lot of work, but the reward is the song, and for me it’s worth it. I guess the stuff that has always moved me is when someone is able to write something that really feels tangible – a realistic setting or an emotion or story, something that is greater than just the words being put together. Being a fan and memorising lyrics, you start to dissect them, and you start learning the ‘why’ and ‘how’ of enjoying things, like – you know you like a song, but then you really get in there and say ‘ohhh, he did this, and this is why this part stands out’. Same with drawing and painting – you can appreciate a picture, but getting in there and realising ‘oh this line looks like this because he did this, or this shape pops because of this’, I just got fascinated with that part of it – the process leads to the product.

Who do you love in rap now?
The few I mentioned before, and, well, I hate being the old and bitter dude, but not much [laughs]. There are things I like, and rappers I think are great, but I find so few people to really be taking it anywhere interesting. So much of rap starts and ends with a display of ‘skill’. It’s cool and sometimes inspiring in the short term, but nothing really sticks.

How did your relationship with Rhymesayers Entertainment come about?
I’ve known those guys for a really long time. I met Slug in the Overcast days and Siddiq not long after that. We’ve always had a good friendship and once I finished writing Skelethon, they essentially took the attitude of ‘we’re here if you need us’. I thought about it and said ‘yeah I need you, thank you’. They’ve been very supportive, and I’m a weird dude so that means a lot.

How do you feel about the live aspect of what you do? Your live performances are radiant and incendiary – what have some of your highlights been and what is your relationship to the live experience?
It’s always a challenge, and it’s never been an environment I’m that comfortable in. I started writing songs never having any idea I’d need to perform them on a stage in front of people, and that’s kinda been a monster for me since day one. It’s the kinda thing you just learn because you need to. You go on a stage and sink or swim. Nowadays we’re smarter about it; we rehearse a lot and think of the best way to translate a song from the studio to the stage. Performing with Kimya in the last years has been awesome and different. I don’t need to yell as much, and I can virtually do my verses at a talking level – at least on the songs over her acoustic guitar- and it feels awesome. I can hit inflections that I can’t do when I am doing the more high-impact hip-hop performance that I’m used to. But having all eyes on me in a room will never be something I find comfort in.

Skelethon is out on 10th July on Rhymesayers Entertainment. iTunes. 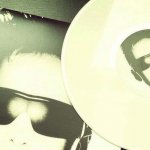 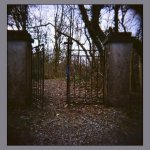