Siobhán Kane talks with Jeremy Barnes of A Hawk And A Hacksaw. New Mexico’s A Hawk and a Hacksaw really took flight several years ago, when violinist Heather Trost, and drummer/accordionist Jeremy Barnes met and bonded over a love for less-obvious musical influences, and adventure. This sense of adventure has seen them live in Budapest for two years, go on tour with the Hungarian folk group The Hun Hangár Ensemble, and set up their own record label L.M.Dupli-cation, which promotes some of the most interesting music and musicians they have discovered along the way, paying particular reference to Eastern Europe.

The rich and varied musical cultures present in that region have heavily influenced Trost and Barnes, and they draw on their sense of loose musicianship and almost transcendental reach, elevating the sense that all good folk music is about connection and community, something that is at the heart of all of their records, from Darkness at Noon (2005), to 2011’s Cervantine. Their latest record, this year’s You Have Already Gone to the Other World, was produced by Deerhoof’s John Dieterich and is a companion piece of sorts to Sergei Parajanov’s 1964 film Shadows of Forgotten Ancestors, which they have performed a live soundtrack to, over the last few years. The film is sympathetic to their approach to music; unbridled passion mingled with evocative aural and visual aesthetics, and it is about something beyond casual understanding – a complete kind of poetry. Siobhán Kane talks to Jeremy Barnes.

Your newest record is as luscious, rich and rewarding as any of your previous, and seems to push you on further again – your approach to music has always been somewhat inspiring. So I wondered what exactly went into this – the title is from Parajanov’s film Shadows of Forgotten Ancestors – a film you have toured the live soundtrack over the last while. How influential has that film been to you, and when did you first see it? I wondered if it was something you saw some time ago, but that it has resonated and reverberated ever since?
I first saw the film in ’99, and it really hit me. I can say with confidence, that it is my favourite film. So it was only natural that we should want to work with it. The soundtrack and the new record are sort of separate entities coming from the same spring- the soundtrack was to accompany, while the record goes further. It is not a linear soundtrack album. It is more in line with Bluebeard by Bela Bartok, or some of Tchaikovsky’s works, in a humble way, in that we took a folk tale and wrote instrumental music for it, exploring it’s characters and themes.

You Have Already Gone to the Other World builds on that soundtrack, with different versions of some of the pieces featured in the original soundtrack, as well as original pieces paying homage to the film – did you originally intend to do this, or did it just start to emerge in this way? Is it always very important for you to signpost and honour influences, placing them alongside your own work?
Well, in our case, I do like to signpost where we are going, where we have been. I want to turn people on to the music of Romania, the Ukraine, Turkey, Greece…. I want people to go out and search for the good stuff from these countries. And I want them to understand where we are coming from.

John Dieterich is one of my favourite musicians, how did you come across each other?
Incredibly, John Dieterich moved to New Mexico. While so many musicians are leaving New Mexico and places like it, to live in Williamsburg, or L.A., John ending up moving to New Mexico. One day a friend of mind who works at our local health food store said “John Dieterich was just in here today and he bought a year membership to the CO-Op.” I thought, “that is so cool, he travels around the U.S. and buys memberships at all the health food stores to help them out.” And then later I realised that he was actually living in our town. So strange.

Parajanov’s film explores the folk tradition within the Carpathians – this is something that reaches out to you – do you find that the more you go back to that region, the more nuanced music you find? It seems to be an unending well of inspiration.
For sure! But he is also an outsider, an Armenian, born in Georgia. We found that inspiring as well. He is looking at the Ukraine from a different perspective.

You found your way to Budapest some years ago, drawn by the musical traditions, and stayed there for a couple of years – was it hard to leave, or did it feel like it was time? Also, what was that experience like, and what were some of your favourite aspects?
It was hard to leave, it was the end of an era. I loved living in such a cosmopolitan city, with living folk music, much like Dublin, I would say. But it was time to go. We had to go home. But I learned so much from the Hungarians, not just about music but about life, and I carry it with me wherever I may live.

The death of songs lost in the oral tradition troubles me. I can only imagine that you find that the more you travel. Do you find that the oral tradition is very alive in the places you have stayed and played and visited?
Of course there has to be death in folk traditions. It is a living thing, and it dies. It also mutates in strange ways, sometimes beyond our control, sometimes in ways that is worse than death… there is a yearning in many places in the East to be more like the West, to throw off the old and think only of the new. But there are a few people who are carrying on the riches.

Where have some of your favourite places to play been, and can you recall some of your most special live performances/experiences?
On this tour our shows in Poland and Turkey were really wonderful. There was a birthday party going on during our soundcheck in Ankara and when I checked my drums they all got up and danced. This has never happened to me during a soundcheck.

Something that has really affected me about the record is its sense of epic grace and romance – things that are not necessarily placed as nearly important these days – I am unsure as to why that is, why important emotions can be devalued so quickly, perhaps there is more of a disposable culture. What are your thoughts?
I think it is there but you have to search for it. Mainstream culture will not provide it, but we are not, and never will be mainstream culture.

Following on from that, was it important for you to create a document of real passion? Unfettered joy and sorrow? We are constantly taught about boundaries, societal norms, what is “normal” and “abnormal” – this record provokes these boundaries, and how people are often frightened of deep emotion, equating it with a kind of madness.
Art definitely allows for madness, and passion, things that are not “normal.” I feel free to talk about these things if I like, but I wouldn’t necessarily sit down and talk to my family about them. It is nice to escape into these places through art, to address deep emotion.

The two of you are real adventurers, it seems meant to be that you met in the first place, you were creating from similar impulses, do you feel that there is an deeper understanding between the two of you, the more you go down the rabbit hole?
We understand each other better and work together better the older we get. I love the fact that there is no expiration date to what we do, we can grow old and play this music.

Thinking right back to your self-titled record – there is a lovely circularity to the fact that your first record was also linked in with a film, also – would you be very inspired by film as a medium, that it informs, quite deeply, your musical aesthetic?
It really helps to focus on a story while writing instrumental music. Films are the predominant story telling medium of our age, so it just makes sense to be influenced by them.

Your commitment to the DIY ethos seems even more drawn out with your label L.M. Dupli-cation in 2010, it was a big leap of faith – what inspired it?
I want to release music by other people, stuff that we are into. It just seemed time to move further into becoming self sufficient. But I am a terrible businessman.

I wondered if you were inspired in any way by Manchester’s Finders Keepers, headed up by Andy Votel, among others, to shine a light on music that isn’t getting so much attention?
Sure, I love his label, as well as Sublime Frequencies and Mississippi Records, but the biggest influence comes from my youth – Fugazi and Dischord.

The latest release on the label – Cüneyt Sepetci and Orchestra Dolapdere are masters of Turkish Roma music – could you tell us a little more about the record, and the people behind it, and also, are there going to be some more releases in the near future?
It will be out in June, on the 25th. We met Cüneyt in Istanbul and had a wonderful time playing music with him. He put together an amazing five piece band, and recorded a great selection of the type of music that he would play as a Turkish musician. We are so honoured to be releasing his first record. I am going to do my best to get him on the road in Europe, as they will be amazing live.

Are you considering learning any more instruments? You are so synonymous in many ways with the accordion and violin, and I wondered if other instruments call you a little?
I am learning the Persian santur, and I recently started playing the tapan drum.

Do let us know some of the things you have been listening to, reading, watching, experiencing.
I heard a great record late last night by a band from Sweden called Goat. Also, Chris Cohen’s record “The Overgrown Path” is really beautiful. 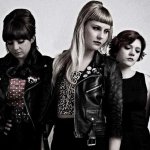 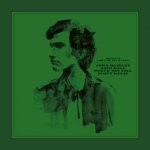