Win a pair of tickets courtesy of Demented Promotions to see Hellcat Records’ The Slackers who are playing Whelan’s next Tuesday with Paranoid Visions & Chewing On Tinfoil.

[iframe width=”100%” height=”300″ scrolling=”no” frameborder=”no” src=”http://w.soundcloud.com/player/?url=http%3A%2F%2Fapi.soundcloud.com%2Fplaylists%2F778027&show_artwork=true” ]
The Slackers are part of an imaginary universe. It wasn’t their fault, well not completely. The caterpillar told them not to eat the mushroom on the right. But they did and for 15 yrs now they’ve had to play Imaginary-Jamaican-Rock-and-Roll, and try to explain that to everyone who passes. One asks,”Are you a reggae band?…where are your dreadlocks then?” Another says,”YOU DONT SOUND LIKE PUNK-ROCK WITH HORNS AT ALL!!” One elderly gent says,”Why it sounds like a lot of music I used to like, but I don’t think any of you boys look addicted to HEROIN!” Doomed to try and explain themselves to a world full of hungry club-promoters, style-police, genre-slaves and the generally confused, they wrote bio upon bio, hoping to snag someone…ANYONE!…who might understand…here is attempt #6,364…

Alternatively you can send an email to [email protected] by midnight on Sunday 5th August with SLACKERSTICKETSPLEASE as the subject to be in with a chance of winning a pair of tickets. 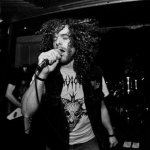 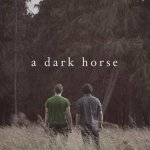 Next
a dark horse – Stream Their Debut EP Now