The Get Up Kids play their first ever Irish gig on June 26th & we’ve two pairs of tickets to give away. No crying if you don’t win.

Awesome 90’s emo act The Get Up Kids play their first ever Irish gig at Whelans on Saturday June 26th & we’ve two pairs of tickets to give away. No crying if you don’t win. Self confessed pop-punkers The Shower Scene are also on the bill.

It’s been 15 years since The Get Up Kids first started playing together in a warehouse above a drum store in Kansas City, MO. Soon after that first practice the band recorded and self released their first 7”. Since that time the band has released four acclaimed studio albums, two EPs, one live album and a collection of rarities. They have toured the US, Europe, Australia and Japan to sold out crowds too many times to count. They have been called a major part of what has been called the “second wave of emo” in the 90’s along with bands like Braid and The Promise Ring. They’ve been sited as a major influence to many prominent artists. But, in 2005, after ten years of constant touring, the band called it quits with a “farewell” tour.

Then, in 2008, after what was really an “extended break” they reunited to play an unannounced show at a small bar in their hometown of Kansas City. That went so well that the band decided to go on the road in celebration of the 10-year anniversary of their most popular album “Something To Write Home About”. While the band was rehearsing for the tour they spontaneously decided to record a new album.

Enter “Simple Science” the bands first release since 2004’s “Guilt Show”. The four-song EP that was released in April 2010 is a prelude to the 12-song LP that will be released in the fall of 2010. It marks the band’s return to the studio with longtime producer Ed Rose. It is also the band’s first independent release, on their-own “Flyover Records” since that first 7” so many years ago.

The “Simple Science” EP and the forthcoming album were something of a songwriting experiment. The band would get together in a small room and try to write a song a day. If an idea didn’t instantly click then they would scrap it. The songs were then fleshed out in the studio and recorded to 2” tape, forgoing all the modern digital recording technology that The Black Lodge has to offer. The result is a collection of songs that are fresh and inspired, created by a band that has been given new life and isn’t looking back.

To enter just send an email containing your message board username & The Get Up Kids Tickets as the subject line to [email protected] by midnight on Wednesday 23rd June. 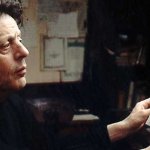 Next
Body & Soul Festival This Weekend