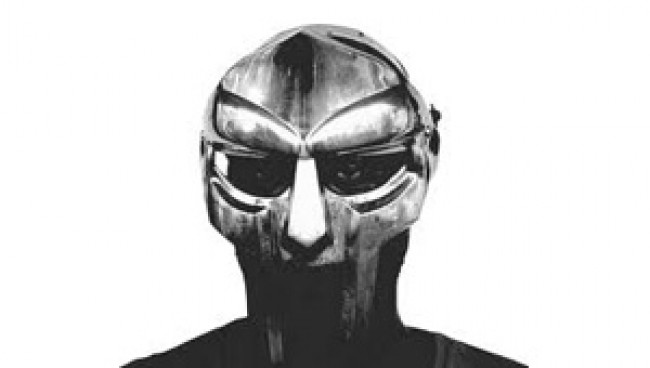 DOOM plays the Button Factory tonight (12th October) and we’ve just gotten our hands on some last minute free tickets for you.

Lke most superheroes, Doom is the architect of his own, strange persona, which both enables and cripples him. Writing about him is like trying to piece together a jigsaw that you know you do not have all the pieces for, but you are compelled to watch and to listen. He is Doom, King Geedorah, Metal Face, Metal Fingers, Viktor Vaughn, Zev Love X and, behind the metal mask, he is Daniel Dumile.

Born in London to Trinidadian and Zimbabwean heritage, his family moved to New York in the early seventies, coinciding with the raw inception of hip-hop, and one of the most exciting periods in that city’s creative and cultural history. In his teenage years he experimented with music, forming the group KMD with his younger brother, who tragically died just before the second KMD record came out (and in the same week, the group was dropped by Elektra). This tragedy sent Dumile into a despairing depression in the mid-nineties,he retreated from the world in a period he describes as where he was “damn near homeless, walking the streets of Manhattan.”

He eventually moved to Atlanta, and like any good superhero, planned his return and ultimately revenge on a music industry he felt was corrupt and sullying. In a sense this accounts for the mask, the darker persona, the need for MF Doom. Taking his cue from Marvel Comics’ Doctor Doom, he started experimenting with reality and fantasy, one of the most fascinating and recurring battles for many people, but he took it to another level, often appearing in early incarnations freestyling with a stocking over his head, or wearing other kinds of masks, essentially asking the question ‘what is real?’ – is not the masked Doom just as real as Daniel Dumile? Isn’t this just another aspect of his real self?

Doom does not neatly fit into hip-hop as it stands now. It has become bloated, something Dumile readily acknowledges. In the past few years he has said that he believes hip-hop to be in a “transitional phase”, it has always been a little like that; a schizophrenic artform, never quite sure of its footing. It has so many influences, and in turn influences so much – the most potent creative cultural force on the planet, and one of the most commercial, which is part of the corrupt and sullying aspect that Doom so detests.

Where Doom fits in is through hip-hop’s acceptance of the individual, the eccentric. Rock and roll might have its characters, but some of hip-hop’s alumni are the most wonderfully ‘out there’ people, consider Wu-Tang, Lil Wayne, and this is before considering the crazed nature of Kool Keith (who has the alias Dr Dooom). Hip hop trades on reputation, the more individual the better, with a superb freestyle the only currency that really trades. it is true that Doom does not fit into the monster that is commercial hip-hop; he has more in common with Kate Bush than Jay-Z, because he is an artist before anything else.

From his first incarnation as Zev Lux X on the 3rd Bass single The Gas Face (produced by Prince Paul, who has said that Doom is his favourite MC) in 1989, to his resurfacing around ten years later as Doom with Operation Doomsday complete with the bragging, rapid-fire flow, jazz infused beats and lots of Fantastic Four cartoon samples, his manifesto is set from the beginning: ‘Definition supervillain, a killer who love children/ One who is well skilled in destruction as well as building’. This, along with other work as King Geedorah (named after the three-headed dragon known for his encounters with Godzilla) on Take Me to Your Leader surveys subjects such as child literacy and American politics, and does it while referencing 1950’s monster films to Hall & Oates, as well as his work as Vaudeville Villain, which has some of the most crushing rhythms ever set down (helped along by RJD2). Doom is fascinating because he is uncompromising, his persona allowing him to be more free than most.

His entire thesis has been about setting himself up in opposition to the rest of hip-hop, the kind of ‘bragging rights’ he has no respect for; how many people you have murdered, or sold drugs to; Doom is from the anti Suge Knight school of thought, it is more about “bragging how nice you are with words” (and he rarely curses), he even manages to create something beautiful without words since he also has a series of instrumental albums under his name/s as well.

It was only a matter of time until he would collaborate with one of the most gifted producers at work today – Madlib, and they share a huge love of pop culture, and Madvillainy is an exceptional testament to that – two minds connecting to an almost spiritual level, with Doom’s intricate wordplay and gravelly, sleepy flow fizzing among Madlib’s dense, sensual beats, best captured on a track like All Caps which is two minutes of esoteric brilliance.

Doom is hard to interview, he speaks exclusively in the third person, taking his sense of persona to another level, for example, a few years back he made a journalist who was interviewing him about the Viktor Vaughn project hang up, call back and ask for Viktor, and he also caused huge controversy in 2007 when he sent out impostors to ‘be’ Doom at various shows in the summer festival season, mischievously explaining it away by suggesting that his ‘evil rap alias perception’ was justification for hiring actors to portray him in concert, remarking, “everything we do is villain style. Everybody has the right to get it or not get it. Once I throw it out, it’s there for interpretation.”

However, his own live performances are very special; skulking around like a genius mental patient that has just escaped, his stream of consciousness lyrics anchor one of the most prolific outputs of any MC (he possibly has more recorded material than any other rapper working today, including Lil Wayne), and though his personas are well-defined, his work is obsessively instinctive, he works not through thinking ‘this is going to be another King Geedorah record’, but through writing and experimenting, he will come up with phrases and think, as he has said previously, “that sounds like something Viktor would say”, he is like a madly brilliant scientist, he is both the author and agent of Frankenstein, and gets as much satisfaction out of his multi-syllabic rhyming scheme as he does working with Madlib, and the beauty and humanity is there to be found in the glitches, the scratchy mistakes, the way he lets everything sound incidental, and through the flaws reveals one of the world’s greatest MC’s.

His DOOMography goes from records like Operation Doomsday to last year’s Born Like this, to a concept album about food (kind of – MM…Food), and filtering much of his Special Herbs instrumental series (as Metal Fingers) thematically, through his work. He has also collaborated with Danger Mouse on 2005’s The Mouse and the Mask, produced some tracks for Ghostface Killah’s 2006 records Fishscale and More Fish, worked with the Adult Swim network, as well as with J Dilla and Rza, who must have been equally overwhelmed by Doom’s own very original talent.

And that is just it, Doom is the most unusual, inventive of minds, and though Nas may have said that hip-hop is ‘dead’ and anointed himself as its saviour, it is really Doom that is the true superhero, and, like Victor von Doom, is both genius inventor and a kind of sorcerer. Stan Lee (along with Jack Kirby) said that when they were creating the character they wanted a “soul-stirring…super sensational new villain”, and though Doctor Doom is quite evil, he is better explained (by his creators) “through a flaw in his own character, he was a perfectionist”, as Doom the artist is, and like Doctor Doom brings a very scientific approach to the way he makes music – the depth of his instrumental series alone is astonishing.

He is also, like Doctor Doom, essentially an archenemy, but to the excesses of hip-hop, and when he said he was going to come back to take revenge “against the industry that so badly deformed him”, he began a journey that would culminate in him building a better version of hip-hop, one that people could aspire to in terms of gravity, intelligence and brilliance rather than aspiring to a lifestyle that is at its base, empty and vain – as he says himself “a lot of people is waking up now”. He is the better version of Doctor Doom; he doesn’t seek power, just something better. – Siobhán Kane

So – about those free tickets… Well, you better be quick. Email [email protected] by 4pm TODAY with DOOM as the subject & your thumped username & real name and you’re in with a shot. GO.