What television series are you currently making your way through? (1 Viewer)

Unicron said:
Was very happy with how they finished Preacher up.

I'm in the middle of season 1 of succession, it's good.
Click to expand...

The last season of Preacher was a bit of a mess but the last two episodes really were a special kind of bananas. I don’t think I’ve ever seen anything so blasphemous on TV.

I haven’t started into Preacher as I don’t have Amazon Prime. Keep meaning to see if it’s on DVD and whether I can get it from the library.

Looks good, good actors acting well, the script is one of those for morons scripts where everyone has to repeat everything 3 times just in case absolute idiots don't understand. It'll probably be a pointless show if you've read the books.
Click to expand...

Gave this a go. Never read the books or anything. It was alright. Might stick with it.

Also started season 2 of The Terror.

The Deuce series finale. The ending was a bit lame but also kinda poignant. Great show. Will miss it a lot.

This is a bad show, that I can't help laughing my hole off at
The Wolf character is killer
Watched the whole two seasons in a week

This is a bad show, that I can't help laughing my hole off at
The Wolf character is killer
Watched the whole two seasons in a week
Click to expand...

i watched the first one and i thought it was pretty good but never went back...

pete said:
i watched the first one and i thought it was pretty good but never went back...
Click to expand...

The James Cameron episodes are gold

Someone recommend a good comedy series on Netflix, please?!! Gave Schitt's Creek a go ... it's amusing but rarely ventures into actual funny.

norm macdonald has a show

Watched The Mandalorian there. It was pretty good, the tone and pacing worked pretty well. The music was shite though, and ubiquitous throughout. It's not actually that the music was total shite, more like they didn't know when to shut up or how to place it effectively. That stood out because of the fact that the direction of the episode was well paced, as mentioned above.
Anyway will give episode 2 a go when it mysteriously turns up on my computer, but I'm not really holding that much hope out for it, because I can't see Disney allowing it to properly stick with the darker tone. They ruin everything.

Edit: Also minus 10000 points for not having Carl Weathers do a handshake.

Breaking Bad. It's good, you should watch it 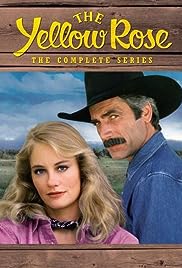 This is pretty awful.

His Dark Materials is picking up, good episode last night. Be good thing to watch with family over Christmas i'd say. Ruth Wilson is really fantastic in it. Still time for it to all fall apart tho....

Must give it a go!

The final seasons of Mr Robot and The Man In The High Castle are both great so far.

This is pretty awful.

The final episode was awfuly.

she did look great the whole time but they had very little to work with.

Struggled through to the end of season 2 of The Terror. Second half it really lost it's way after a good start. Wasn't terrible or anything but not a patch on season. Not that it had anything to do with S01. I think the only connection is Ridley Scott as Executive Producer. None of the same writers, directors; story completely different - even thematically it wasn't all that close.

On the lookout for something else now.