What movie did you watch last night? (4 Viewers)

Speaking of Ruffalo... saw some thing on netflix where he plays an A&R guy. Not the worst I suppose.
Good: Ruffalo does good, Kiera Knightly is adorable and it even has some plausible music scenes in it. Hollywood does not have a good track record of musicians in films.
Bad: James Corden. A good 40 mins too long.

Friends with Money. Surprisingly good uncomfortable 40-something relationship thing with a few genuine LOLs. Catherine Keneer is always good. Oh, she turned up in the other thing too. Plus it is 89 mins long.

Anthony said:
Speaking of Ruffalo... saw some thing on netflix where he plays an A&R guy. Not the worst I suppose.
Good: Ruffalo does good, Kiera Knightly is adorable and it even has some plausible music scenes in it. Hollywood does not have a good track record of musicians in films.
Bad: James Corden. A good 40 mins too long.
Click to expand...

Begin Again. Total LOL of a film but Knightly is a fuckin goddess in it.

Watched Snowpiercer and Okja over the weekend, nothing like learning someone won an Oscar and not watching the film that won it. In fairness i'd been meaning to watch them both for years. Some day i'll even get around to watching Casablanca.

Anyway, I thought they were great - fucking capitalism man, the WORST.

Cormcolash said:
TOO LATE YOU ALREADY SAID IT

Today I saw Downhill – a remake of Swedish(?) film Force Majeur from a few years back, which was one of the best films of the year. Downhill is a bit more playing it for laughs and jusssst different enough to stay interesting, but Force Majeur is the superior film of course. Still good casting choices in Downhill helps it work, and Kristoffer Hivju does a good cameo so he's in both films now. Good laugh, but if you were gonna watch this or Force Majeur, take Force Majeur every day of the week.
Click to expand...

Informative. I was horrified to hear about this remake and feared the worst.

Yeah, they did it okay at least, but doesn't touch the original

Ten to midnight. Charles Bronson in a violent revenge film, with a very dodgy ending.

(cock) Blockers. Genuinely funny first half an hour that was dragged out too long. By the end its meh.
Horse Girl. Alison Brie and Netflix tackle a nervous breakdown. Not the worst but a bit ham fisted in parts. David Lynch lite.

Anthony said:
(cock) Blockers. Genuinely funny first half an hour that was dragged out too long. By the end its meh.
Click to expand...

Cena is class in that though, he's great at the stupid shit.

I saw The Colour Out Of Space a few days back. It's bloody great, really good take on Lovecraft with the Cage on good form. Sound design and that is class too. Sam Raimi would surely be a fan.

Few days ago I saw The Hunt, this movie that is apparently very controversial or something. It's about people hunting other people in this prepared battle ground.
This film is a good laugh, there's some good gore going on and at least one good fight scene. There was also at least one proper LOL moment that was good involving someone dying of course.
The main problem is hey, if you've seen Battle Royale, then there's nothin fuckin new here, let's face it. Like Battle Royale's already done a similar thing and done it better.
Also on the controversy issue, a lot of the aim of the film seems to be to have this discussion on truth/fake news and interpretation of fact in the internet age, but I think it's all very superficial really. I reckon this is the kind of film that idiots will pretend is all deep and insightful on these issues, but really it's just a film having a bit of a laugh with some gore and stuff, and it's entertaining for that, decent watch in the cinema. Oh pretty good music in this too, well done.

Yesterday I went and saw Bloodshot, a ludicrous Vin Diesel super soldier film. It looked really shit in the trailer, but surprisingly it was quite enjoyable and actually semi-coherent. I mean, it's bollocks sure, but it's bollocks that is actually done quite well for the most part. Obviously it's an action film so may as well just be a series of interconnected action scenes, but some of these scenes are actually well done. There's one scene in particular closer to the start of the film, it's a tunnel fight, where they don't do anything mentally over the top with the action but instead the cinematography and lighting comes together to actually make the scene look fuckin awesome.
In saying that the longer the films go on the more ropey the CGI action seems to get. Also Guy Pearse is in the film playing Weyland I mean the same role he plays in a lot of films nowadays, but he's great at that role so all good plus he's a class actor anyway.
The thing this film put me in mind of was the film from last year Upgrade, which was a hilarious and good cyborg kind of film that was really well done. This is nowhere near the level of Upgrade, but like I say a couple of good action scenes (and a load of shite ones) and a good bad guy make it surprisingly entertaining nonsense.

Today I saw Fantasy Island, which is a twisty turny horror thriller kind of thing about a bunch of people lured to an island and promised their fantasy will come true. It's a good laugh, nothing special, some of the twists are quite amusing. Fairly meh overall, although amusing enough (there's a great Predator reference at one point).

Then afterwards I went and saw My Spy, aka Dave Bautista's version of all those other films where action people have done comedies with a little gurl. Anyway My Spy is actually class, very funny I thought, but then I think Bautista is a legend and can do anything. In reality though this film is surely going to be one of the better comedies of the year. Everybody does a good job in it, including the kid, they all play it straight and the result is very funny and well done for what it is. Sure, it's formulaic etc., but they even take the piss out of that in a self referential kind of manner, and one of the good things about it is that the film is quite aware of its own ludicrousness. It's great craic watching Bautista getting the run around from a 9 year old girl. I think Bautista and Cena are great at this kind of comedy because they basically play it straight and don't try and overact it, which other people doing this shit in the past fell victim to. These wrestlers are good actors for certain kinds of roles. P.S Excellent Raiders Of The Lost Ark reference in this one.

I want to see the Pixar thing but that 'aint happening

Before Sunset. The third in the series. Enjoyed it but not sure how needed it was. Still, gotta love Linklater.

Actually haven't managed to watch a whole pile of movies somehow. But between Max passing and a certain relevance had to take in this one 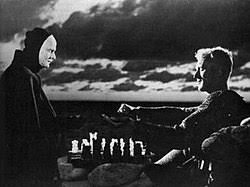 hermie said:
Actually haven't managed to watch a whole pile of movies somehow. But between Max passing and a certain relevance had to take in this one
View attachment 13671
Click to expand...

started watching it yesterday avo but fell asleep after 20 or so. have it pencilled in for later again. been years since i've seen it

I expected to fall asleep because I have less stamina for these types of movies anymore but it zips along. A proper classic.

Extra Ordinary. I enjoyed it although I don't know (and don't really care) how much of it was down to it being Irish and quite comforting rather than it being any good.

It's amazing Viggo for president
N

really enjoyed it. haven't watched many of his films but Sorcerer is
one of my favourite movies.

w/ extensive interviews with man himself, William interviewing Fritz Lang,
how his first documentary film got it's subject (a death row prisoner) a state pardon,
plus lots of other good stuff.