Finally got around to watching the Green Knight, I really enjoyed it.

Was glancing through some of the criticism of it and a lot of it seems to boil down to "It's not the same story as this 14th century manuscript."

Lili Marlene said:
Finally got around to watching the Green Knight, I really enjoyed it.

Was glancing through some of the criticism of it and a lot of it seems to boil down to "It's not the same story as this 14th century manuscript."
Click to expand...

My main criticism was the it was very episodic and would've possibly been better as a mini series. Felt like there were gaps in the story that could've been filled in

David Kronenbourg said:
My main criticism was the it was very episodic and would've possibly been better as a mini series. Felt like there were gaps in the story that could've been filled in
Click to expand...

Hmm, I know what you mean but I was ok with it as it was. It's a pretty thin story as it is so stretching it out over a number of episodes could be a bit much imho, I don't need to know the detailed back story behind every person he met, I just accept them as characters.

David Kronenbourg said:
I watched Agora which is about science vs religion in Ancient Greece. I though it was great
Click to expand...

ACTUALLY hahaha it was in Roman times of course, but yeah Alexandria was originally Greek and the 'scientist' Hypatia is definitely considered 'Greek' rather than Roman. Even though Alexandria is in Egypt... but sure there were loads of scholar-types in Rome that were referred to as Greek because they were following the Greek philosophic traditions of teaching and learning, regardless of where they actually came from.
I think that's a pretty cool movie though for something that didn't seem to have a massive budget behind it.

I saw the Green Knight last week and found it pretty boring. Like it looks great etc etc, but I just didn't give a fuck about anything that was happening really.

Last night saw The Quiller Memorandum, 60s Spy job in the vein of Ipcress etc. Nothing amazing here, quite ropy at times actually, but it does have Alec Guiness and Max Von Sydow doing good numbers, and a pretty cool John Barry score. Some stylish shots and stuff too, but on the whole its more style over substance really.

Shepherd. A grieving man takes a job as a shepherd on a remote island with a spooky history. Has all the things I like in a horror film: atmosphere, vibes, vague plot, entities, folklore elements and a protagonist who may just be going insane.

David Kronenbourg said:
Shepherd. A grieving man takes a job as a shepherd on a remote island with a spooky history. Has all the things I like in a horror film: atmosphere, vibes, vague plot, entities, folklore elements and a protagonist who may just be going insane.
Click to expand...

The trailer looks good, although it shows way too much

therealjohnny said:
The trailer looks good, although it shows way too much
Click to expand...

It's got the reigning queen of modern horror in it 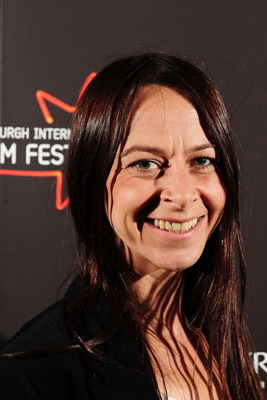 David Kronenbourg said:
It's got the reigning queen of modern horror in it

Last night I watched Cloudy Mountain, or Cultural Learnings Of Chinastan For Make World Great.
This is a Chinese 'big-budget' disaster film, in which a high-speed rail tunnel being dug through a mountain causes a landslide to start when the mountain starts to fall apart (it's because of pesky increased instability in the Indian plate that is causing more accidents in all of Asia, of course).
Fortunately, a hero geo-surveyor working on the tunnel, who of course is an expert climber because his ex-'rail soldier' da taught him growing up, is on hand to 1. Save his da and co. who have fallen into a sinkhole 2. Get all the readings they need to fix the problem 3. Have his girlfriend rescue a load of school kids and for some reason end up in a cave and 4. Climb free-solo up the mountain after jumping off a helicopter so they can plant explosives in the right place to divert the collapse to a safe area, rather than the town it is going to bury.

This could well be the funniest film of the year. It's not meant to be, but fucking hell is it hilarious. The whole thing is basically a massive propaganda advert for the Party, hahaha. There's even a bit where the army races to evacuate the town as the landslide approaches, and the people are like "We have to evacuate now! We must trust the government! We must trust the party!" (almost literal words). It's fucking amazing hahahaha. They actually have the school kids start singing a song 'to cheer up', and hey guess what kind of song it seems to be. I was fucking pissing myself laughing in the cinema with all these (presumably) Chinese people around me, hahahaha.

So anyway nowadays Hollywood is actually able to churn out GOOD disaster movies the odd time. Like, some of them are fuckin class nowadays, the Marky Mark Deepwater Horizon one is belter and the Baltasar Kormakur Everest one is dead good. Hollywood has learned how to not end up with more 90s 'Armageddon' disaster shite to an extent, or at least the odd time it wants to avoid that.
China sure as fuck hasn't learned any of that. This is full of every amazing bullshit cliche you could ever think to pack into a disaster film. Hero hates his da, but hey now they have to WORK TOGETHER. And because it's China, it gets amazingly patriarchal and amazingly silly when Hero is climbing up a mountain in a rain-storm wearing his climbing boots and all, and suddenly his da appears alongside him wearing just a normal pair of shoes because "HE COULDN'T DO IT ALONE!" Hahahaha yes this film is that fucking mental hahahaha. Hero has a girlfriend, she could be miles away, but no, she's going to be involved in the rescue effort and end up with a bunch of school kids in her care. Hero's boss on the project hates him, but as the situation gets worse, it turns out she's human after all, and does care! Now, can anybody guess why Hero might be deathly afraid of swimming, after all this? I'll give you a hint, I've only mentioned his da so far.
There's references to the glorious work done by the ex-PLA guys, the great progress of technology for make poor people rich (really), trust the party, I think Chairman Mao must have fucking written this shit himself. It's incredible bollocks, very very funny unintentionally, all in all, a hilarious disaster film. I love the fact that disaster films can be great whether they are genuinely good or a total fucking joke, hahaha

In the Earth. Loved it. Ben Wheatley’s best yet imo.

Joel Coen's Macbeth. Brilliant, one of the best adaptations of this. Second to Polanksi's 1971 one

Twins of evil. (1971)
On the horror channel.
I have it on DVD but it's years since I last watched it. It's well made, looks great. Good acting. Nice soundtrack. I'm a big Hammer fan. its good overall. but it wouldn't be a favourite.

Forgot to mention.
CC to the funny names thread.
The cinematographer's name was Dick Bush. 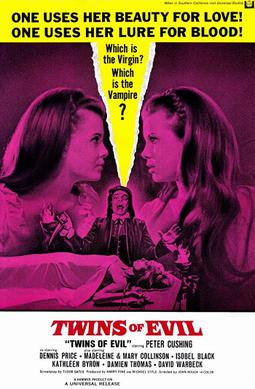 Company Retreat, as part of the Japanese film fest at the Lighthouse.
It's all about Japan's attitudes towards sexual harassment in the workplace and in general, basically Japan is years behind the 'West' and still massively patriarchal.
Almost the whole thing is in black and white and almost has a stage play feeling to it, it's a bit like a cross between cinema and play.
It's very good anyway, there is a lot of tension (or is it incredulity) and it's 100% one of the most awkward films of the year. It'd be an amazing one to go on a date to and then try and avoid talking about afterwards altogether hahaha.

Man of Steel. Never saw it before. Cavill is a dreamboat and makes a great superman, and it has its moments, but jeeesus chraaaiist it’s not very good is it?

I had decided to work through all of the DC movies this week to pass the time, so my original plan was to watch the extended 3+ hour version of Batman vs Superman today but after man of steel I couldn’t face it so put it off until tomorrow and watched all of Midnight Mass instead.

thumped said:
watched all of Midnight Mass instead.
Click to expand...

Sure that would only take an hour, even less depending on who's doing it

So I just finished all 3 hours plus of Batman v Superman extended ultimate edition or whatever it’s called. What can I say? It’s a long movie. Why does so much of the cgi look so cheap/unfinished/shit?
New posts