The Terminator. Fucking class as ever.
S

I need your clothes, your boots and your Netflix account, and your motorcycle, and your Oxford comma.

I need your clothes, your boots and your Netflix account, and your motorcycle, and your Oxford comma.
Click to expand...

The Netflix Funding Bill is passed. The system goes on-line August 4th, 1997. Human decisions are removed from strategic defense. Skynet begins to learn at a geometric rate. It becomes self-aware at 2:14 a.m. Eastern time, August 29th. In a panic, they try to pull the plug.
S

I remember August 4th 1997, it was a thing at the time. Thank feck we live in these times instead.

Frozen 2 - Plot seemed like it might be a little bit confusing for its target audience, but pretty cool.

It had a weird pro-homeopathy vibe but I thought it was better than the first one. It was nice work.

Man that was a slow movie. I loved A Dark Song and other "slow" films such as The Witch and The Lighthouse, but this is a real snooze fest. When something (weird) eventually happens towards the end it feels like a scene from a different film. 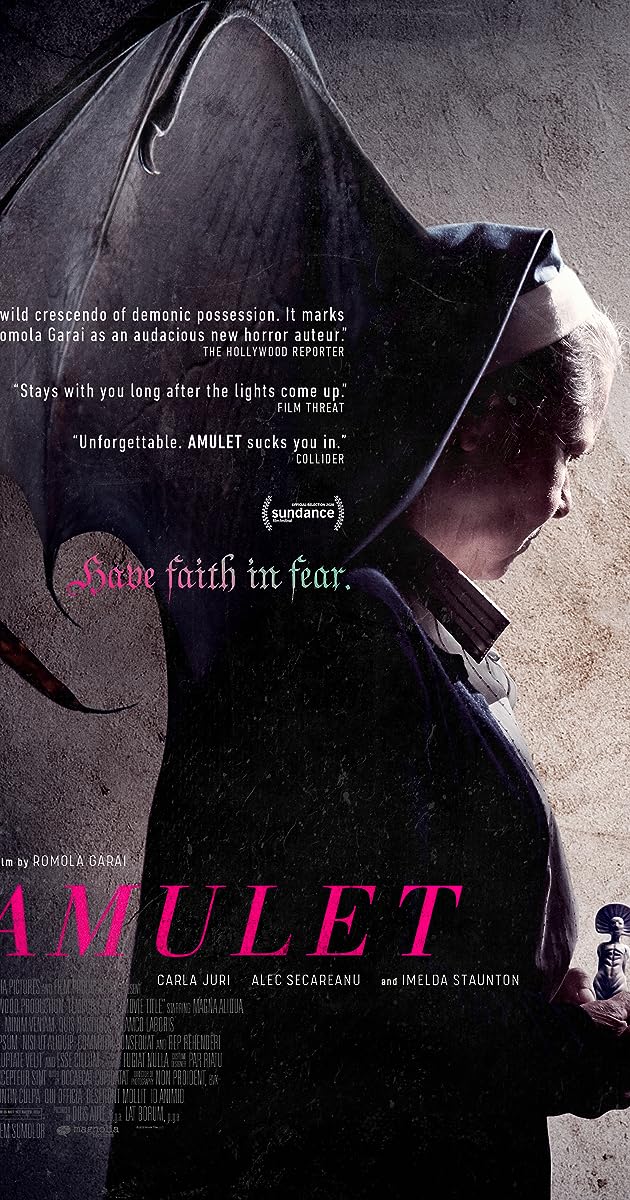 Directed by Romola Garai. With Carla Juri, Alec Secareanu, Imelda Staunton, Anah Ruddin. An ex-soldier, living homeless in London, is offered a place to stay at a decaying house inhabited by a young woman and her dying mother. As he starts to fall for her, he cannot ignore his suspicion that...

Its pretty good if you are really doing something else and not really watching it for more than about 20 seconds in every five minutes.

Basically sums up every recent Bond film after Casino Royale. It's like they make them to be watched in the house when you're making the dinner or some shit, no real plot, just "Now Bond is doing this shit". Actually the start of Skyfall sums it up, where Moneypenny is following him in a jeep whilst he's fighting on a train and she's reporting in by radio to M, and she's like "It's hard to describe, I just have to keep following them".
I mean you could argue that Bond films have basically been that way ever since Connery packed it in, and some of the Roger Moore ones were notably shit alright, but at least they were deliberately having a fuckin laugh with them instead of getting on as if they're making some serious 'art' or some shit.

Relic. One of those contemporary horror movies where the monster isn't really a monster but it's mental illness or grief or cancer or something like that. Ok like, but not as good as I'd heard. Sort of a poor man's Hereditary.

Hereditary was shit, actually got comical towards the end

Cormcolash said:
Hereditary was shit, actually got comical towards the end
Click to expand...

Couple in the cinema the last few days.

Saw 'Broken Law' with John 'not a racist' Connors. It's about a cop and his brother that's just got out of jail but goes for 'just one last job'. It's actually quite good, the acting is good even if the story isn't exactly Homer. Pretty well-directed too, and you can spend a fair bit of the film playing 'guess the Northside street'. I think they loved Church Road in East Wall. Also, the soundtrack is good - or rather, the way it's used and the sound mixing is very good, the acts that are on it are all things I'd get bored of after 1 song except maybe Damo but loads of people here would be into that soundtrack. Anyway though this might be a bit shit, turned out to be quite good, similar to Cardboard Gangsters I would say (the obvious comparison).

Yesterday saw 'Proxima', Eva Green is going to be an astronaut but that means a year away from her (9-10ish year old?) daughter. This film kind of works as a tribute to women in space (the end credits are fuckin great for this, also really cool tune by I presume some French electro act on there) and shows that being away from their families is harder than any of the training they go through. Matt Dillon plays the American douche commander of the mission that I wouldn't get in a rocket with in a million years, not that he's the biggest arse ever or anything, but he is a fuckin arse and you wouldn't have me sharing close quarters with the cunt for a year, he'd be quietly fucked into space after a couple of weeks, "Oh shit a micrometeorite must have blown a hole in his cabin in the middle of the night, oops".
This film is pretty cool, has some cool shots of astronaut training in Russia and shit, there's not really much happening aside from the emotional drama of the story but hey it's all really well done and of course it has Eva Green in it. Major downside, I guess after watching it I could just get a plan over to Kazakhstan and sneak into the Baikonur spaceport any time I feel like it, cause their security seems to be fuckin shit.

Cormcolash said:
Anyway thought this might be a bit shit, turned out to be quite good, similar to Cardboard Gangsters I would say (the obvious comparison).
Click to expand...

Fuckin hell, PLANE, I guess I could try and type slower but fuck that

Yesterday I saw Unhinged in the cinema.
Russell Crowe plays Mel Gibson I mean a guy that has gone mental and murdered his family and is now looking to road rage on someone until the cops get him. This woman makes the mistake of CROSSING HIS PATH etc etc.
Naturally this film is a load of bollocks, but Russell Crowe is pretty good in it, he was made to play a massive fat bastard psycho really. Unfortunately Tuggy the tug boat doesn't make an appearance, but Russell still does his best to foight around the world by picking on some unsuspecting victims. The best bit is when he causes a multi-vehicle car crash that somehow he doesn't get caught up in even though he caused it by crashing into the first car and then a truck ploughs through that first car, haha.
The film is jammed full of the most convenient shit imaginable to support the plot, but I guess technically it is all plausible even if it is ridiculously convenient. Oh and of course the cops in this city are completely fucking useless and may as well not exist, as opposed to the real life American cops who would be chasing Russell Crowe in the tanks they bought with their ludicrous budget and probably calling in air strikes on him and shit.
I reckon around 30% of Russell Crowe's dialogue in the film consists of "HNGH" whilst looking angry and driving. I also reckon he must have loved making this film cause he could eat as many fuckin burgers as he wanted every day. Basically a bollocks film but I got a good laugh out of cheering Russell on hoping he would just kill everyone, which is pretty much what all these characters deserve anyway. Especially if you listen to the incel shite that makes up the other 70% or so of his dialogue.
To put the final nail in the coffin at the end of the film, the end credits have one of those fuckin bollocks "Here's some woman with 50000% reverb in her vocal mix" covers of, get this, Don't Fear The Reaper. I might go post this in the terrible covers thread now actually. Lana Del Rey has a fuckin lot to answer for. In fact I'd be in favour of sending Russell Crowe after her on the freeway in a 4x4.
S

Not sure why I started watching it, but it was way better than I was expecting.

Users Who Are Viewing This Thread (Users: 0, Guests: 3)