What gig didn't you go to last night? (1 Viewer)

sparse said:
I wonder did many go?
Click to expand...

pavlos said:
King Khan on Saturday night, he missed the ferry, so the gig was cancelled, and the support (Ye Nuns), played for free instead, which was good fun. But then he got the later ferry, and played at midnight in the Underground for free, while I was around the corner quaffing ales. Didn't see the promoters tweet about it until the following morning. Sadface.jpg
Click to expand...

I went and saw a bit of Ye Nuns, but I've had this cold and was feeling shit so went home. Then a mate told me he was making it over and playing the underground later on, but the cold was just getting worse and I was just feeling shitter so I couldn't leave the house again. Still trying to shake that fucking cold.
G

Ah well,if they were good I hope they play again

Anyone see Efrim from Godspeed the other night? Another one I had to overlook

hermie said:
Anyone see Efrim from Godspeed the other night? Another one I had to overlook
Click to expand...

I wanted to go but wasn’t able to get back out that night with the kids. Teenage me is screaming at adult me for missing something Godspeed related.

Pere Ubu because I had no idea it was on.
G

GARYXKNIFEDX said:
Pere Ubu because in the end I decided I couldn't be arsed
Click to expand...

Please refer to "What gig did you go to last night?"

Pere Ubu because I was working some other stupid gig instead

Heard it was Grand
N

was at UBU.
four piece band (no bass). they opened with 'Heart Of Darkness'
but after only played latter day material.
David Thomas did a lot of narration/explainations between all the songs
and was very affable, often citing Chandler/Marlowe.
sound was good and i could hear all his words (often a problem at Dublin gigs).
the guy on electronics was amazing (no theremin though).
really enjoyed this and David and band hung around merch table for good while after.
unfortunately David health was very concerning. he had a hard time getting up the
steps to the stage and mentioned having been clinically dead twice in last three years.
he's a tough cookie.

Helmet. I'd no ticket and read it had sold out. just as well, I'm in no mood to be in town
S

xsteox said:
Helmet. I'd no ticket and read it had sold out. just as well, I'm in no mood to be in town
Click to expand...

I was working at Helmet, and they were fucking class

I wouldn't be surprised, looked like everyone there was about that age 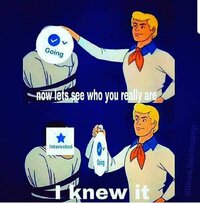