What crop are you growing this year? (1 Viewer)

We have a polytunnel, its only about a degree warmer in there than the outside at night, it heats up big time under the sun of course. We'll see how next year goes, first years tend to go well due to lack of pre-existing stuff in the soil.

Anyway, we found the tomatoes to be absolute prima donnas early on, wilting at the slightest change to their situation, we were covering them at night and bringing up literal hot water bottles to keep them warm! Aside from that though, they don't actually like the heat (relatively speaking), they're apparently grown in the shade in very hot countries.

Been watching squid game. I was surprised by the emotional heft of the sixth episode when I saw it last night after mostly thinking of it as violent popcorn fodder

Unicron said:
Been watching squid game. I was surprised by the emotional heft of the sixth episode when I saw it last night after mostly thinking of it as violent popcorn fodder
Click to expand...

we had to dump most of the rest of the carrots this afternoon. they got hit with carrot root fly.
M

my order of mushroom grain spawn arrived this afternoon. just got a helpful answer from the chap who supplied them, as i mistakenly assumed the different varieties would look the same in the bags. hoping to get started on creating some woodshavings to grow them on over the next few days.

the easiest substrate to grow them on seems to be a mix of straw and used coffee grounds. there's an insomnia about 200m away where i hope to get the latter (even though i've never set foot in the place before)
M

i *think* my attempts at growing mushrooms on wood shavings is working. being an impatient person, i opened the bucket and while it's definitely not as far along as i'd hoped, i think i see signs of clumping. it's only 12 days in and from what i've read should take at least a month - and i didn't have as much starter spawn to begin with as i should have used.

I grew one mushroom. I had it for breakfast this morning and it was very nice. 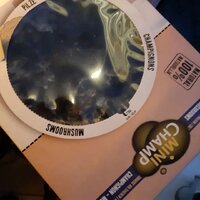 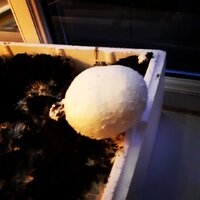 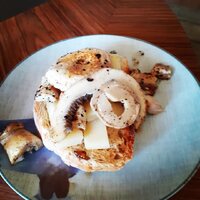 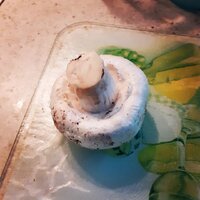 another 12 days, and there's definitely progress: 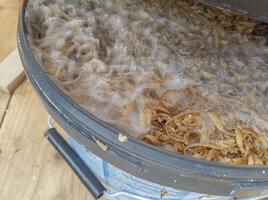 this is the content you guys must love. my mushrooms have started pinning. 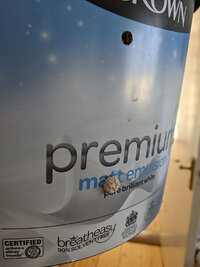