For this album, bassist Nic Potter returned to the band, having left in 1970, and violinist Graham Smith (String Driven Thing), also joined the line-up, in place of departed members organist Hugh Banton and saxophonist David Jackson, modifying the band's sound considerably. Officially, the band's name was shortened to just "Van der Graaf" for this album and the live album Vital that followed, but contemporaneous Charisma Records promotional materials used both the full and shortened name. 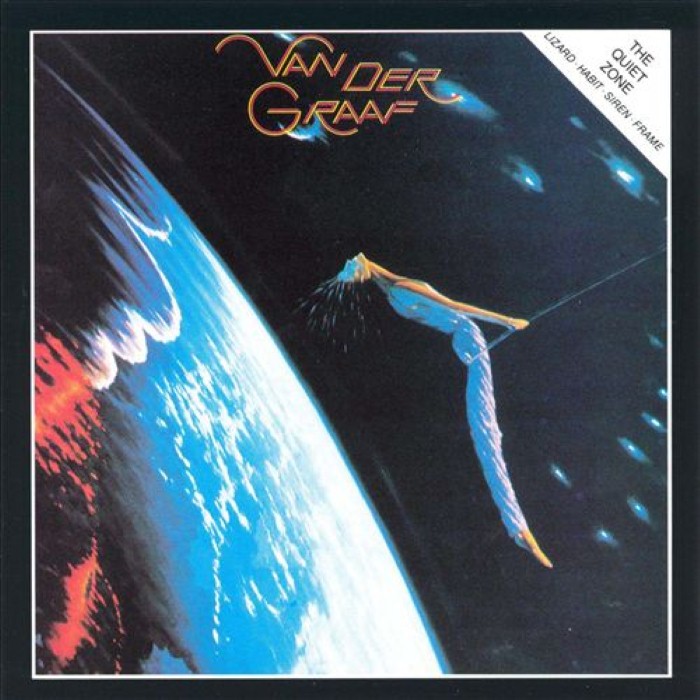 Ooooh! Y'all gonna love this one

Here, @pete that 2005 remaster sounds weird, I suggest you use this one instead:

Shaney? said:
Ooooh! Y'all gonna love this one

Here, @pete that 2005 remaster sounds weird, I suggest you use this one instead:

On listen one of three.

A band I've always meant to check out, let's see if they live up to the hype...

Is this a new album club?

travispickle said:
Is this a new album club?
Click to expand...

No love for the prog? Will i leave it another few days?

pete said:
No love for the prog? Will i leave it another few days?
Click to expand...

Listen 2/3, thanks for the reminder.

I started listening but fell asleep - not a criticism, it was late and I was tired.
I will go again.

only seeing this now.

Listening on some headphones in a cafe, not bad a good solid rhythm section with a decent bass sound. I like how it they keep it calm even when you feel they could go a bit mad with it.
It reminds of some Legendary Pink Dots with the violin a bit. Its Just a shame that The Sphinx gets such a short epilogue !

I feel like the other 70's thread is interfering with this one.

On my third listen now.

I was expecting something a bit heavier so only really getting to grips with it now. It reminds me a lot of David Bowie (no particular period, a lot of later Bowie here which is interesting, going to guess he was a fan). The violin playing is great, reminds me of David Cross's work with King Crimson but not quite as good. Actually, they remind me a bit of King Crimson during the more energetic passages here (sorry @Shaney?, I know you hate KC) - "Last Frame" could have been on Starless and Bible Black.

Honestly, I don't think three listens is enough to do this justice. I'm going to keep going with it as tracks that I thought on first and second listen were pure filler (like "The Siren Song") are actually deadly. I can see myself getting a lot deeper into this. Might do a marathon of all their albums and see how I get on.

oops, only seeing this now

I never really thought about Bowie before but I can kinda hear it alright. I can't put my finger on any particular Bowie era/album/song though, in a lot of ways they're worlds apart. Maybe it's something in the vocal style and delivery or something. Also, now that you mention it, maybe I can hear a similarity in the drumming between the more full-on bits here and Blackstar although that's mostly just my mind insisting on responding to the suggestion. That said...

Those who have acknowledged his (Peter Hammill's) influence include David Bowie, John Lydon, Mark E Smith (of The Fall), Nick Cave, Graham Coxon and Luke Haines, of Black Box Recorder and The Auteurs.
Click to expand...


Johnny Rotten said:
Music geeks made up a large portion of the progressive rock audience, but Van der Graaf Generator was gathering attention from an unexpected place. In 1977, punk pioneer Johnny Rotten of the Sex Pistols played guest DJ on a British radio show. He called Hammill a true original, saying, "If you listen to him, I'm sure [David] Bowie copied a lot."
Click to expand...

He later referred to Hammill as a "posh cunt" (or middle-class cunt maybe, something like that, I will have to consult the biography to confirm...). I think Bowie was more of a musical magpie than Hammill. Unfortunately I'm going to have to relisten to fucking Starless & Bible Black to assess just how far off the mark that comparison truly/hopefully is.

Anyway for me this is basically a bunch of deadly rock songs played most excellently by a great band. It's the kind of album that could sound kinda poncey and foppy but it'd still beat other bands in fights, even Slayer or ACDC or Thin Lizzy. The songs are kinda restless, they stay in the zone but shift gears and change pace all the time.