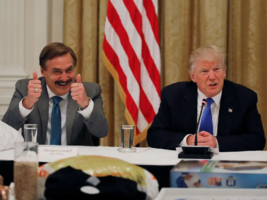 I don't care where this lad is from, or what his name is.

He runs a pub, and Disco on Saturdays, in Mullingar.

This is what happens when Irish people get loose. Basically a hazard to the rest of the planet.

Micheál Martin needs to draft up an apology, formally stating Carlow has severed all connections with the man.

Shit's getting out of hand here.

I don't care where this lad is from, or what his name is.

He runs a pub, and Disco on Saturdays, in Mullingar.

This is what happens when Irish people get loose. Basically a hazard to the rest of the planet.
Click to expand...

That thing with those youngflas was an accident. An ACCIDENT.

And his wife has taken him back anyway.
M

if this is to be believed, some of the qanon crowd are starting to worry a little.

Be morto if all this Q stuff happens precisely as posted. Internet goes black, exactly ten days later Trump and Flynn come rallying out of the mist, earth correctly rewired, with all humanity united behind them.

I'd still be a malcontent, EVEN IF all the rest of humanity unite behind Trump's Utopia. I'll always find things to give out about, regardless of how well they wire up earth. I'll be probably whining about the fact it's 60Hz or some shit.

flashback said:
Be morto if all this Q stuff happens precisely as posted. Internet goes black, exactly ten days later Trump and Flynn come rallying out of the mist, earth correctly rewired, with all humanity united behind them.
Click to expand...

yeah it'd be pretty awkard alright. In the unlikely event that nothing happens and qanon is just some shite on the internet that got out of hand, do you think they'll fix another 'date' or dispel into a wider stupid?
M

they'll turn on trump and get even angrier? maybe trump has been playing a dangerous game (or someone has been playing the game on his behalf) and if he doesn't deliver, he's outside qanon, rather than inside.

I think the normal deal with cults is that their predictions don't matter so much, it's all about the leader.

Scientology got through that, but they had vast amounts of wealth by the time Hubbard died, I think the normal run of events is the cult ends when the leader vanishes.

So, who's the Q leader? Don't they have a PGP key or something? I never got into that. If you take Trump as the leader (??) then they'll cling to him for a bit. If you take someone else, who knows. Q is a weird cult, I'm not sure it plays by the normal rules.
M 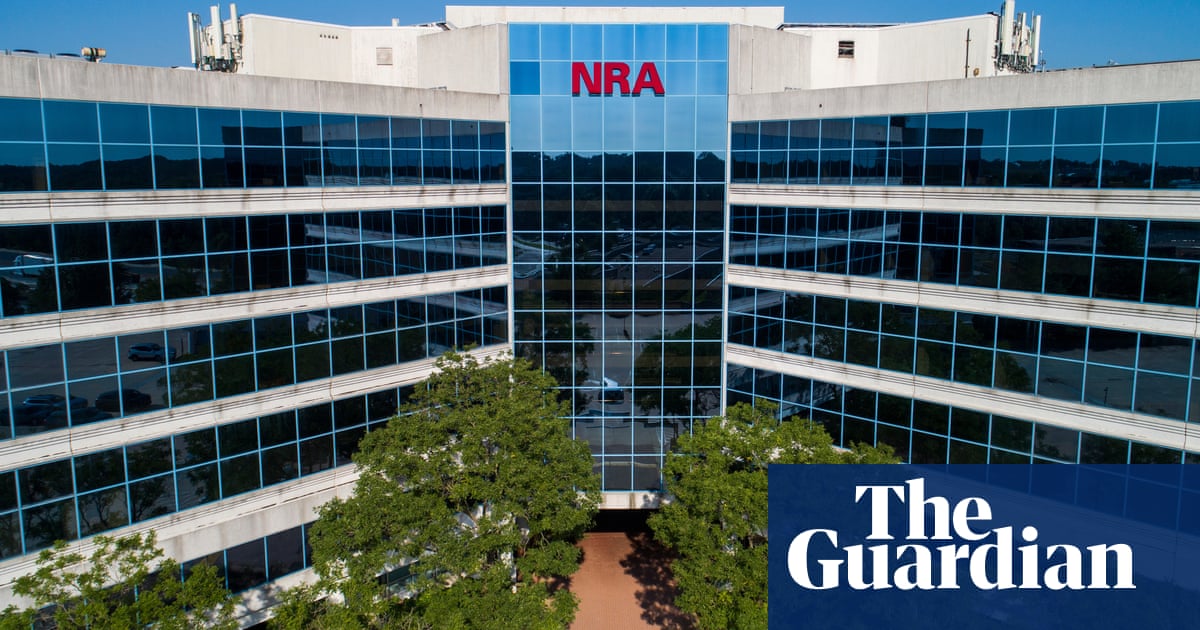 NRA files for bankruptcy and seeks to incorporate in Texas

NRA files for bankruptcy and seeks to incorporate in Texas

I saw that yesterday. Mad. Also interesting that they only have 5 million members. A lot of people obvs, but nothing like the 70m that voted Trump.

This would very easily feed into the QAnon "narrative".

seanc said:
I saw that yesterday. Mad. Also interesting that they only have 5 million members. A lot of people obvs, but nothing like the 70m that voted Trump.

This would very easily feed into the QAnon "narrative".
Click to expand...

They're the lobbying arm of the gun industry, the dies from their membership is small change.

A fanatical Trumpist wouldn't listen to that. It's too long with just a whole bunch of buzzwords and trigger words without any real message.

That said, I feel like i agree with him. But the nature of the message is way off imo. So maybe I'm a prick as well?

This kind of messaging is not helping anyone.

It's a decent vid.

But yeah, the Trump/Q/GOP crowd are cultists. There's ways to talk cult members to help them understand they're in trouble. You can't convince them they're wrong, or persuade them of anything. I reckon it's like being in an abusive situation: you can't see it from the inside, no matter how obvious it appears to everyone else. You have to present a path to them figuring it out for themselves, I think.

The issue is that they are such vile sacks of shit.

I said before that the reason for Trumpism was to do with Dems being a bunch of Tory pricks, and abandoning any pretence of helping working class people, so the GOP came in and filled the vacuum. Maybe that's true, maybe that bouys up the numbers to a critical mass so that the vile sacks of shit feel they can be open about it, but they still need to be vile sacks of shit in the first place.

The Q people love to talk about pedophilia, so why not sure. Allegedly loads of people like young people, far more than the numbers who actually abuse. Take Japan FFS, the main fetish is fucking school girls wearing their school uniform, which is apparently grand. "Barely legal" is talking about sex with very young people. So, it's a really common desire, but the majority of people who find young people sexually attractive don't ever sexually assault kids. You need other factors also, like opportunity, absence of empathy, delusion etc, before you actually abuse kids.

Today Trump has a 39% approval rating. So let's say 39% of the population are vile sacks of shit.

You should probably assume that the US isn't exceptional (geddit?) in this regard, that 39% of all people are putative vile sacks of shit. And maybe that's what society's job is: acknowledge that 39% of us are on the cusp, waiting to commit to being vile sacks of shit, and give reasons to not to take that step. Make it awkward, not allow it become acceptable, and turn it into a political movement.

I dunno. I still need to stop thinking about this stupid shit.

Give me Qanon over this smug prick, at least i'd feel alive. Dems congratulating themselves for how uncharismatic and unpopular they are and proud that people only voted for them through gritted teeth because Trump was a worse option.
Last edited: Jan 18, 2021
New posts