Thread starter
We Haven’t Seen That Before: A Critics’ Conversation About ‘Twin Peaks: The Return’

Fire Walk With Me: how David Lynch's film went from laughing stock to the key to Twin Peaks

yeah, would be tempted to watch it on sky atlantic tonight but common sense is prevailing with work in the morning. gonna have to avoid the internet pretty much until I watch it tomorrow evening. as I have done for the whole season pretty much

dunderhead said:
yeah, would be tempted to watch it on sky atlantic tonight but common sense is prevailing with work in the morning. gonna have to avoid the internet pretty much until I watch it tomorrow evening. as I have done for the whole season pretty much
Click to expand...

what is it? Two hours? Considering getting up early to watch it but I'd have to get up at about 5am to get it downloaded and watched before I leave for work. Don't think I'll get a chance to watch it til Wednesday otherwise.

Anyone know what time the finale might magically appear on sky/nowtv tonight? 5 am is out but 2 or 3 might be feasible.

I don't want this shit to end but don't want it spoiled neever, so would like to be there as it happens

portrid said:
Anyone know what time the finale might magically appear on sky/nowtv tonight? 5 am is out but 2 or 3 might be feasible.

I don't want this shit to end but don't want it spoiled neever, so would like to be there as it happens
Click to expand...

Cornu Ammonis said:
Starts at 1 am.
Click to expand...

Thanks - ended up watching it around 2.30. Awake since. Today is extremely weird. Time for a rewatch!

fucking hell. i dunno what to say. just done a while ago. 17 was basically the ending for the masses. 18 was the head fuck. need time to let it sit. 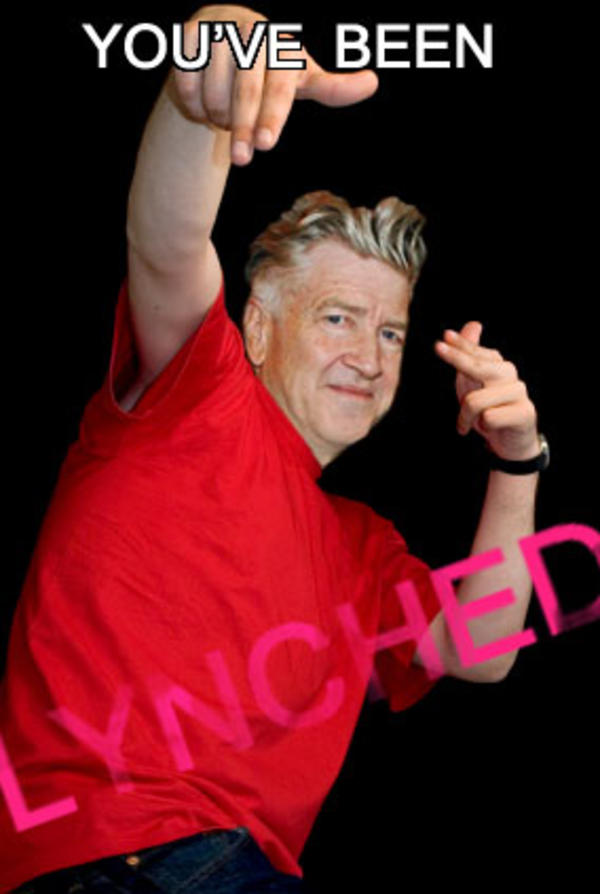 Thread starter
I think that was a bigger mindfuck ending than the end of season two. Part of me wants more, part of me thinks that might be a perfect Lynch ending.

first of all 17 and 18, enthralling stuff. even if that includes a real time journey from Texas to state Washington! Jesus, that ending really stays with you, i'll give it that. And to be honest. I'm more positive about it now than I was initially. The returning of Evil Coop happened so fast in 17 I was pretty sure at that point, we actually would get the loose ends tied up. HA! The old footage with Coop inserted to intercept Laura's path was so cool. Loved seeing that, and also Pete leaving the house in the alternate reality.

So, the giant with his 430 and Linda and Richard talk wasn't taking the piss from the off of episode 1? after 20 or so minutes of 18, you know this is gonna be a Lost Highway/ Mulholland Drive styled next 40 minutes. Maclachlan playing Richard as the Good/Bad Coop fusion was brilliant. Hopefully he gets recognition with a few award nominations over the next year. Really was the star of the show throughout, absolutely brilliant. you gotta feel bad for Cooper/Richard. He breaks his balls to save Laura, loses everything and ends up finding a version of her that's a killer and doesn't know where the fuck he is, to put it mildly.

It was so bloody eerie when they entered the town. Driving passed the closed RR late at night. with the seconds ticking at that point, how the fuck will this end in a few minutes?

The shout from Sarah Palmer calling Laura coming from the house followed by the scream of Laura/Carrie was chilling stuff. Where do they go from here? i would love to see. I fucking loved reading afterwards that the surnames used in the previous owner's of the Palmer's house have links to FWWM and the dark side. Hopefully that's Lynch adding some potential padding if a movie/4th season become a reality.

If we got the nicely packaged ending (which we were never gonna get really, what was I thinking even considering it with this guy) i'd be happy to leave it at that. The ending we got leaves it so open and alive though. I will be starting The Pilot in the next few days and going right up to the end of the Return again over the next few months. May be the most enjoyable TV series watching experience I've had, something like The Deuce, which I really liked, feels so flat in comparison. For now anyway.

Fuckin hell. Gonna need a few days to process that.

Just finished. This series has been great. There were segments of episodes and in some cases entire episodes that left me reeling... astonishing stuff.

My main experience though is largely confusion. And not just the typical deliberate Lynchian confusion (I'd expect nothing less) but also confusion about linkages with events and characters from earlier episodes and/or earlier seasons, not to mention films. Im amazed at people's ability to maintain all this stuff in their heads and after each episode I'd be reading summaries online by some obsessive fans who are uncovering layers of stuff that just passed me by. I don't think this manic obsession with figuring out what the hell is going on is the right way to approach Lynch's work but at the same time I think there was obvious shit I wasn't picking up on due to my inability to remember who exactly this character from a TV series I saw 25 years ago actually was.

It's a testament to how good it is though that I would happily invest 18 hours of my time watching the whole thing again. Or maybe 50 hours if whatever to do S1 and S2 as well.

it means fuck all but I would have liked this/Lynch to get a GG nomination for best limited series or whatever the category is called. Especially seeing as though The Sinner got one ahead of it. (6 episodes in, starting to annoy me a good bit).

good to see Kyle Mc get a nod at least

What actually brought me to this thread was Julee Cruise's second album. listened to it today (and again now) for maybe only the 3rd time ever. listened to it a couple of times, for the first time, last year. So good. Really is up there with Floating Into The Night 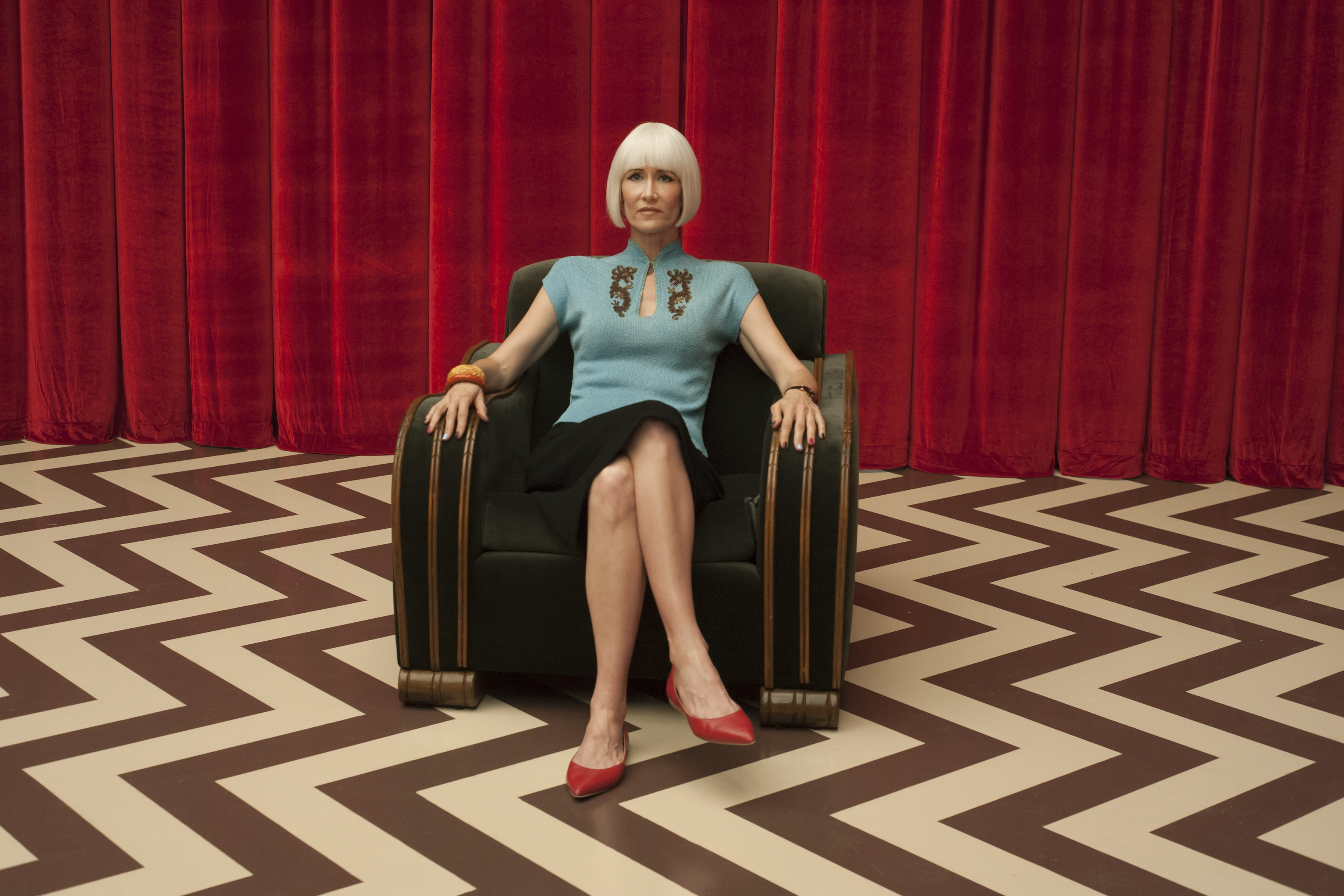 Expect the decision to reignite the debate over whether or not "Twin Peaks: The Return" is a film or a television series.